ECG to deploy drones for operations 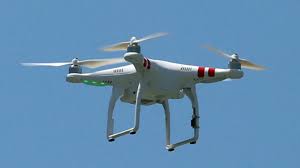 The Electricity Company of Ghana (ECG) has taken delivery of 15 drones to provide effective monitoring and auditing of the company’s networks.

This is to ensure more efficient services to clients in line with modern trends.

The deployment of the unmanned aerial vehicles (UAVs) in the company’s operations is meant to curb the vegetation interference in the network, as well as identify weak spots on the networks for prompt rectification.

Consequently, engineers of the company are currently undergoing training at the company’s training school in Tema to be able to operate the drones.

The first batch of 50 engineers completed their training yesterday.

At the closing ceremony of the first training workshop in Tema on Thursday, the Managing Director of ECG, Kwame Agyeman-Budu, expressed optimism that the inclusion of the drone system in ECG’s operations would improve efficiency.

He said it will ensure reliability of power supply to customers, modernise its operations, and position the company to become a leading utility service provider.

The Wingtra Drones, supplied and serviced by Sahara Natural Resources, can last an hour in flight and travel as far as eight kilometres while still in contact with the control tablet, which records information and videos for later reference.

On the average, each region will be given two drones to assist in the operational duties.

Mr. Agyeman-Budu intimated that ECG stood to benefit greatly from the unmanned aerial vehicles as artificial intelligence, including drones, were rapidly becoming vital tools in the operations of transmission and distribution utilities because of their ability to provide access to difficult locations on power lines.

He said it would provide routine technical inspections in the power network to identify defects, right of way inspections of overhead lines to identify vegetation encroachment.

He said it would also efficiently facilitate thermal inspections of the network to identify hot spots, verification of work done by bush clearing and tree cutting contractors, route mapping for construction of new lines, as well as trouble-shooting of faulted portions of the network to locate faults for isolation on overhead lines.

Additionally, it would provide access to difficult locations on power lines for purposes of carrying out inspections without shutting down the lines and creating outages.

Another benefit of the use of the drones, Mr. Agyeman-Budu indicated, was that it would reduce the risk of injury to technical staff, and lower the cost of carrying out inspections by using aerial thermal cameras.

“In addition to all these, the deployment of the drones would reduce the time frame of carrying out inspections in the power system.

“Now activities which could take days to execute could be done within minutes by the drones,” Mr. Agyeman-Budu said.