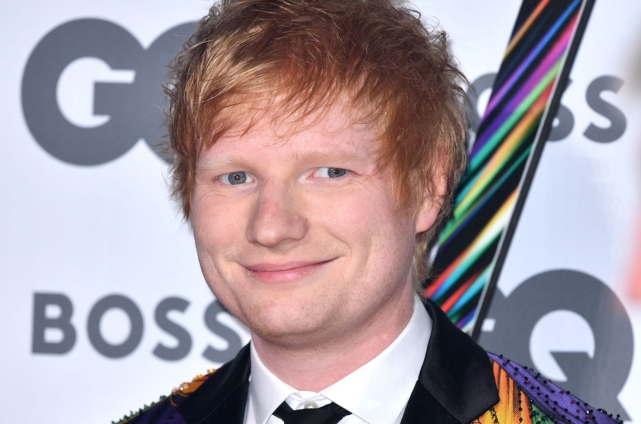 Pop star Ed Sheeran has been ordered to stand trial in the US over claims he copied his hit song Thinking Out Loud from Marvin Gaye’s Let’s Get It On.

A judge denied Sheeran’s bid to dismiss the case, saying a jury should decide on the similarities between the songs.

The move comes six months after Sheeran was cleared of copying his hit song Shape Of You at a trial in London.

After that ruling, the singer hit out at “baseless” copyright claims, which he said were “way too common”.

The claim over Thinking Out Loud was originally lodged in 2018, not by Gaye’s family but by investment banker David Pullman and a company called Structured Asset Sales, which has acquired a portion of the estate of Let’s Get It On co-writer Ed Townsend.

Seeking $100m (£90m) in damages, they allege that Sheeran and his co-writer Amy Wadge “copied and exploited, without authorisation or credit” the Gaye song, “including but not limited to the melody, rhythms, harmonies, drums, bass line, backing chorus, tempo, syncopation and looping”.

On Thursday, US District Judge Louis Stanton cited a disagreement between musical experts on both sides of the lawsuit as a reason for ordering the civil trial.

The prospect of a jury trial will be an unwelcome one for Sheeran. Copyright lawyers have often argued that juries have difficulty understanding the complexities of copyright law, and why superficial similarities between two songs are not necessarily proof of plagiarism.

In his order, Judge Stanton also ruled that jurors must decide whether SAS can include concert revenue in damages, rejecting Sheeran’s argument that ticket sales weren’t tied to the alleged infringement.

His lawyers did not comment on the judge’s ruling. A lawyer for Structured Asset Sales, Hillel Parness, told Reuters the company was “pleased” with the ruling.

This is not the only trial Sheeran is facing over Thinking Out Loud, which went to number one in the UK in 2014 and won song of the year at the Grammy Awards in 2016.

SAS has filed a second case, which is currently on pause, while a separate suit by another portion of Townsend’s estate is awaiting trial.

‘Coincidence is bound to happen’

At the ‘Shape of You’ a trial in March, the singer and his co-writers John McDaid and Steven McCutcheon faced accusations that a hook on their track ripped off Oh Why, a 2015 song by Sami Chokri and Ross O’Donoghue.

However, a High Court judge concluded they had “neither deliberately nor subconsciously” plagiarised the earlier song, and awarded the star and his co-defendants £900,000 in costs.

Afterwards, Sheeran declared on Instagram: “I hope that this ruling means in the future baseless claims like this can be avoided. This really does have to end.”

He added: “It’s really damaging to the songwriting industry. There’s only so many notes and very few chords used in pop music. Coincidence is bound to happen if 60,000 songs are being released every day on Spotify. That’s 22 million songs a year, and there’s only 12 notes that are available.”

DISCLAIMER: The Views, Comments, Opinions, Contributions and Statements made by Readers and Contributors on this platform do not necessarily represent the views or policy of Multimedia Group Limited.
Tags:
Ed Sheeran
Marvin Gaye
Thinking Out Loud