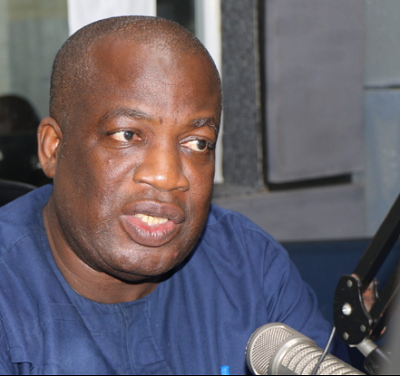 Director of Electoral Services at the Electoral Commission

The Electoral Commission has responded to various concerns raised by the NDC on the verdict of the 2020 December 7 presidential and parliamentary elections.

The Commission represented by its Director of Electoral Service, Dr. Serebour Quaicoe, has refuted many of the allegations made by the NDC against the Commission.

Prior his response, the NDC have in several press conferences alleged that the EC liaised with the ruling NPP to overturn some of the election results.

Dr Quaicoe, however, speaking on the Super Morning Show Friday, rejected the claims and insisted that conducting and collation of ballots were done in the full glare of the public and in the presence of political party agents who had the chance to request for a recount if they disagreed with the results.

He noted that party agents could request for a recount as many times, however, the onus lies with the EC officer responsible for counting the ballot papers to either grant or deny the request.

However, “If it gets too many the officer can refuse.” he said.

In such cases, “the person has the right to indicate on the declaration form that he requested for recount but it was not obliged. Once that is indicated on the polling station statement of polls, it goes to the constituency for a collation and the returning officer has no choice but to accede to the request.

Also, at the national level, Dr Quaicoe said collation was done in the full view of all political party representatives except for the Akua-Donkor led Ghana Freedom Party (GFP) which failed to present 2 reps as suggested by law.

Party reps at the national level were provided a summary of the results and were given the opportunity to verify the results with their regional executives.

He further disclosed that Eastern regional NDC reps and Volta regional NPP reps failed to endorse the final results, however, that did not stall the collation process.

“The law is such that it doesn’t give room for anyone to halt the process. The law gives us permission to continue with the process if reps refuse to show up.

“We called the Eastern Regional and they said the reps were not there. They [reps] were called and they said they were going to show up but they never did so they decided to send the results to the office but other candidates signed,” he said.

He also spoke about the declaration of final results without that of the Techiman South Constituency.

Dr Quaicoe reiterated that adding up the results of the Techiman South Constituency to the results of either of the 2 main candidates would not significantly impact the final results or affect that of any candidate.

DISCLAIMER: The Views, Comments, Opinions, Contributions and Statements made by Readers and Contributors on this platform do not necessarily represent the views or policy of Multimedia Group Limited.
Tags:
Dr Serebour Quaicoe
Election 2020
NDC
NPP