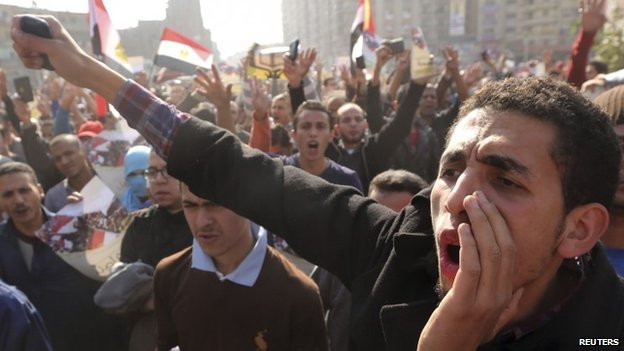 At least two demonstrators have died in clashes between Islamist protestors and police in the Egyptian capital Cairo.

The protests were called by an ultra-conservative Salafi group, which oppose the army's overthrow of Islamist President Mohammed Morsi in 2013.

They asked protestors to defend what they call Egypt's "Islamic identity".

There was a heavy security presence on the streets on Friday and police arrested dozens of Islamists ahead of the rallies.

A friend of one of the dead told AFP that police had fired randomly on protestors.

But the interior ministry said police had come under fire, and had arrested a protestor carrying a shotgun.

In a separate development, gunmen in Cairo shot dead an Egyptian brigadier general and wounded two soldiers, the military said. 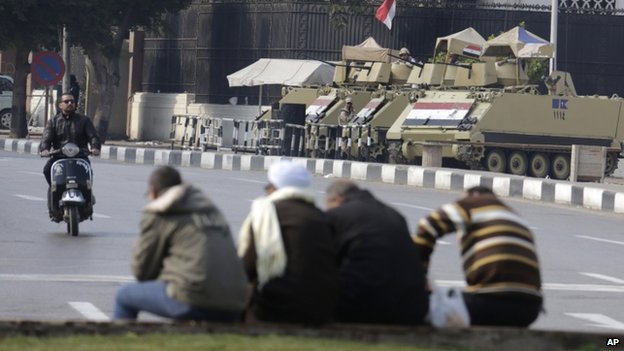 The authorities beefed up security ahead of the protests, including at Tahrir Square

Protests elsewhere in Cairo and other regions of Egypt were quickly dispersed by police.

Mr Morsi's Muslim Brotherhood had said it supported the protests but did not say whether it would take part.

His overthrow and detention led to a crackdown against his supporters, with hundreds killed and many more arrested.