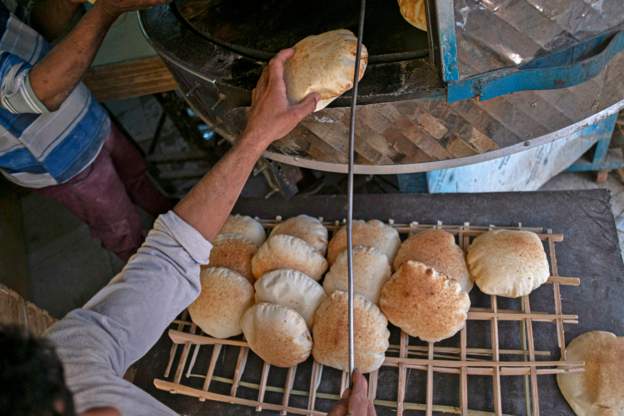 Egypt has already set a fixed price for unsubsidised bread

Egypt has asked for help from the IMF as the government struggles to deal with the impact of the war in Ukraine.

As the world’s biggest importer of wheat, Egypt relies heavily on grain from Ukraine and Russia.

This week it set a fixed price for unsubsidised bread with the aim of controlling rising food prices due to the disruption to the wheat supply caused by the war.

Its tourism sector has also suffered a further setback, after two years of problems linked to the pandemic.

Earlier this week, the government in Cairo allowed the currency to devalue.