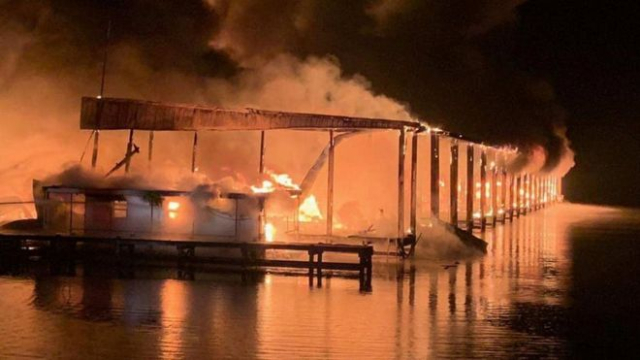 At least eight people were killed when a massive fire destroyed dozens of boats in a marina in the US state of Arizona on Monday, officials say.

The fire quickly spread as people slept at Jackson County Park in Scottsboro. The aluminium roof of the wooden dock collapsed, and some of the boats sank.

Seven people who jumped into the water were rescued and taken to hospital.

It was not clear what caused the fire. Rescue teams will search the water to make sure there are no other victims.

The fire started around 00:40 local time (06:40 GMT) and engulfed 35 vessels from house boats to pontoons docked on the Tennessee River. The identities of the victims have not been released.

“This is absolutely devastating,” Scottsboro Fire Chief Gene Necklaus told reporters. “[It’s] one of the most devastating things I’ve ever seen. I think as we learn more details, that tragedy will continue to grow.”

Images posted on social media showed a row of boats engulfed in flames. A witness, Mandy Durham, said the vessels had propane and gas tanks, which probably fuelled the fire.

Ms Durham, who was staying at a nearby dock, told the Associated Press news agency that people were jumping onto a boat at the end of the dock because the blaze had engulfed the middle portion of the structure.

But that vessel was also consumed by the flames, leaving them with no other option than to jump into the water. She said most of the boats destroyed belonged to people who lived there permanently, adding: “It’s just extremely sad. It’s horrible.” 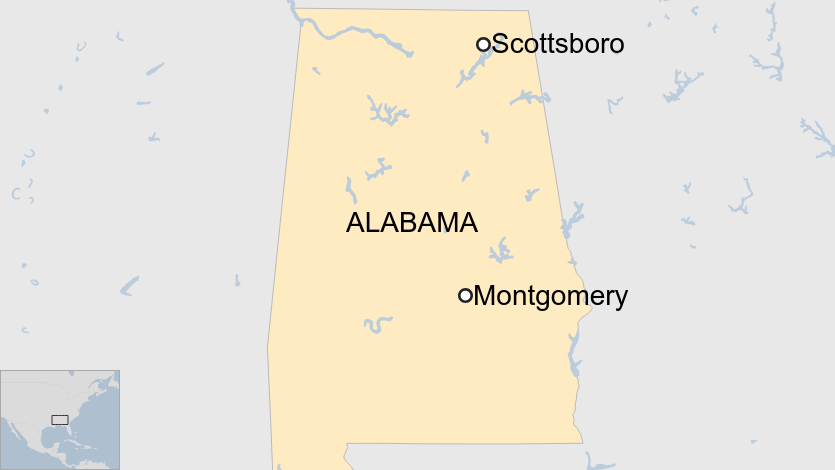 Injuries were caused by exposure to the flames or the cold water – all those affected have already been released from hospital. The park in Scottsboro – a town of 14,000 in northern Alabama – includes a boat ramp, a swimming dock and a restaurant.

Mr Necklaus said search and recovery efforts would last at least three to four days, adding: “Our primary objective remains to check every boat, every vessel, everything we can check, to ensure that we have accounted for all the victims.”