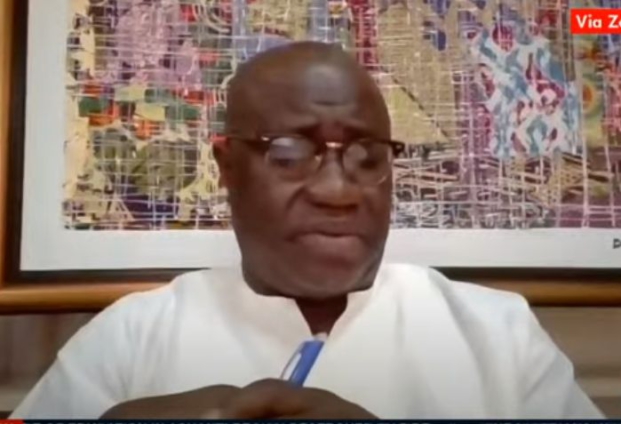 The Director at the Faculty of Academic Affairs and Research, Kofi Annan International Peacekeeping Training Centre has called on the three-member committee established to investigate the violence at Ejura, to strongly recommend that their findings be implemented.

The Interior Ministry has constituted a three-member committee to investigate the killing of two persons at Ejura in the Ashanti Region, following a directive by President Akufo-Addo.

Speaking on Joy FM’s Top Story, Professor Kwesi Aning said although the Committee will be investigating circumstances that led to the incident which occurred on Tuesday, the causes are not farfetched.

“Some of the underlying causes and factors leading to the violence and subsequent deaths can be found elsewhere – a strong indication that implementation is key. So they must link their track record with a solid principled position that they’ve said yes, because they believe that their recommendations will be implemented,” he said.

The public inquiry to be conducted, will investigate the circumstances that led to the death of two persons in Ejura, on Tuesday, June 29. The incident also left four persons severely injured.

Marie Louis Simmons, a principal state attorney will be the secretary of the committee.

Prof Aning stated that the individuals are notable persons in the society, however, it is their track record that is of essence to the investigation.

“Names are important, but I think what is critically more important is the track record, because what we are seeing relates to something fundamentally threatening to the broader existential survival of Ghana,” he said.

Prof Aning said the track record of committee members will help them get to the bottom of the issue and extrapolate, especially since this can happen elsewhere.

“That composition must seek to understand and appreciate the broader issues resulting in the loss of life in Ejura that triggered the violence that we are seeing,” he added.

Meanwhile, Ranking Member on Parliament’s Defence and Interior Committee, James Agalga, has stressed that a Commission of Inquiry is best suited to probe circumstances leading to the death of the two residents of Ejura Sekyeredumase.

According to Mr Agalga, the newly constituted Ministerial Committee lacks the legal mandate to compel potential witnesses to assist in its investigations. He noted that this shortcoming will serve as a handicap to the Committee’s work.

Speaking on Joy FM’s TopStory on Thursday, he said: “a Ministerial Committee suffers a lot of limitations. First of all, the procedure that they are going to adopt for accomplishing the task that has been assigned, it is not spelt out in any law.