As it happened: President provides Amidu with protection over death threats - MyJoyOnline.com

As it happened: President provides Amidu with protection over death threats 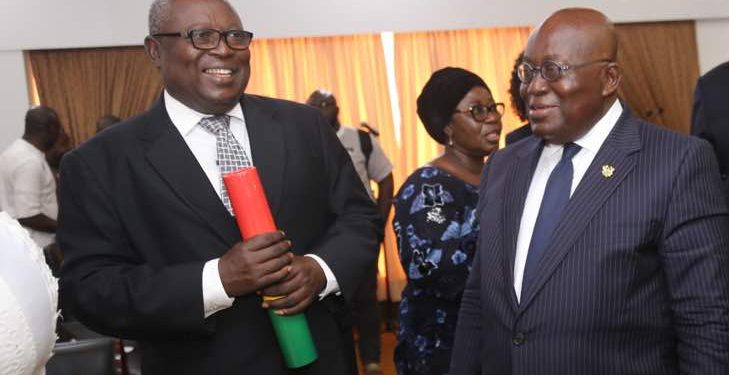 President Nana Akufo-Addo has directed the Inspector General of Police to provide security for the former Special Prosecutor following his claims of death threats.

Martin Amidu revealed in an interview on Thursday that some people have sent threats of robbery, arson and death to him ever since his Corruption Risk Assessment report on the Agyapa deal.

The ‘Citizen Vigilante’ as he is popularly known added that President Akufo-Addo should be held responsible should anything happen to him since several calls to the National Security about the concerns of his safety have gone unanswered.

But on Thursday, the Communication Director for the President, Eugene Arhin in a Facebook post disclosed that the IGP has been directed by the President to provide Mr Amidu with 24-hour security protection.

In his resignation letter, he cited interference from the Akufo-Addo as one of his reasons which was denied in a response from the Presidency.

myjoyonline.com brings you all updates to this development and other political stories.