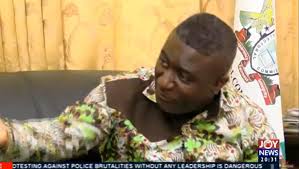 The Electoral Commission’s (EC) Deputy Commissioner in charge of Corporate Services, Dr Eric Bossman Asare says that his outfit is committed to reducing the number of rejected ballots.

Dr. Asare in an interview on JoyNews’ The Probe Sunday, stated that with the Commission’s determination to ensure fewer rejected papers, a system has been put in place to ensure that there are enough spaces in the positioning of candidates on the ballot papers to help voters to identify their preferred candidate.

“We have a system in place which would ensure that where the voters would thumbprint is spacious enough and as a Commission, we are determined to reduce the number of rejected ballots.”

“As a commission, we are to going to make sure that the thumb printing; where people are going to identify the ones they are going to vote for, is such that it is very clear and so distinct that there would be no spillover,” he added.

On his part, the Commissioner in charge of Operations, Samuel Tettey said a dummy of papers would be requested from the printers, for the commission to have a look at, considering the fact that the papers would be longer than the previous one.

“A dummy ballot would be sent to us, we will have to approve it to make sure the spaces between the first, second, third, fourth should be such that when you thumbprint and it goes over it doesn’t get in the other. So when they are set with the design and hope everyone would be satisfied with it, then we would allow the printers to print it,” he said.