Electoral Commission must be split into 2 – NDC 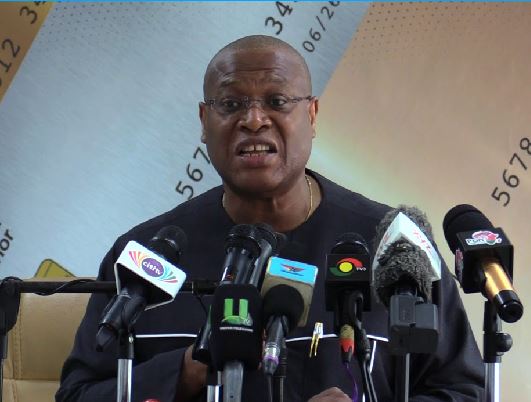 The National Democratic Congress (NDC) has called for the splitting of the Electoral Commission (EC) into two.

This is to separate the regulatory functions of the electoral body from its operational functions.

According to the opposition party, the proposal is geared to bringing some sanity to the EC’s Inter-Party Advisory Committee (IPAC) which it says has been flooded by invalid political parties obstructing the work of valid ones on the panel.

Explaining the proposal on JoyNews’ Newsfile on Saturday, Dr Alex Segbefia, NDC’s International Relations Director, stated that the separation of the regulatory part of the EC from its operational side would help weed out the invalid political parties once and for all.

He added that “The EC will have no involvement whatsoever in that process and the EC will work with what that group tells it as to how to conduct IPAC and work with IPAC. So it’s doable, but it takes away the problem that we’re talking about.”

His assertion was supported by Lawyer, Martin Kpebu who stated that such a measure as being done in several democracies across the globe would be beneficial to Ghana’s electoral process and electoral reforms in the future.

According to him, the current situation of the EC is preventing it from adequately executing its mandate regarding regulating political parties etc.

He said, “I support it because that’s too much. Like you’ve said if we open the Political Parties Act now, you’ll find that most of the parties don’t have regional offices even districts, all over the country they don’t have offices. They’re just Accra parties and yet they have the opportunity to go to IPAC and then distract some parties.”

This comes after the NDC presented the EC with a proposal to reform the Commission.

Aside from the aforementioned proposal, the NDC is proposing that Chairpersons of the Electoral Commission (EC) must be appointed after Parliament has approved their nominations.

Also, the party is suggesting that the list of all polling stations to be used for an election with their names, code numbers and locations should be published in the Gazette and as supplements in the state newspapers not later than 30 days.

According to the party, “this recommendation will deepen the transparency of the electoral process and help to prevent possible abuses at obscure polling stations.”