Elvis Kwashie has written his name in gold – Ken Ashigbey 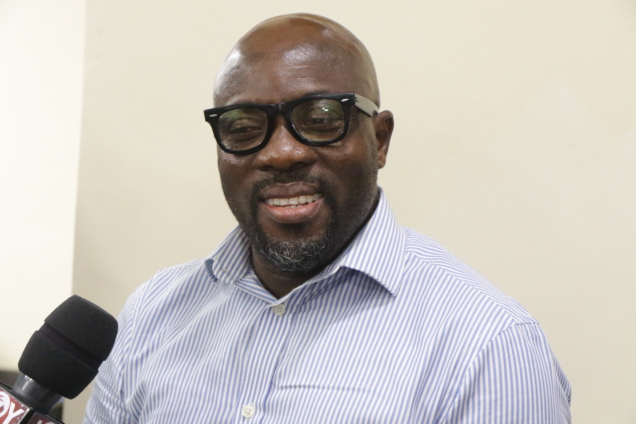 Speaking on the JoyNews Channel, he said Mr Kwashie would be remembered for all the good works he had done.

Expressed his fondest memory, Mr Ashigbey described him as “someone who has a calm demeanor”, adding that he is also very professional in all his dealings.

“He was such a professionals, professional, well, it’s as it some people come into this world and they know that is somewhere they are going to go so the pack a lot of things into that. I think Elvis has written his name in gold and will be remembered for all the good work that he has done,” Mr Ashigbey said.

Mr Kwashie, who is being remembered for his phenomenal leadership and impact in the Ghanaian media landscape, died at the University of Ghana Medical Centre (UGMC) on Tuesday night after a short illness.

In expressing his fondest memory of the late seasoned media personality, the Information Minister described him as the epitome of professionalism and care.

“It’s a very heartbreaking moment for everybody and I think this is one of the biggest institutional losses that as a Multimedia family we have suffered because Elvis is the epitome of professionalism mixed with care.”

“He’s frank and firm with everybody. Elvis came in as the Deputy Editor when our boss at the time, Matilda Asante Asiedu was the Editor and I was the Host of the Morning Show at the time,” he recalled.