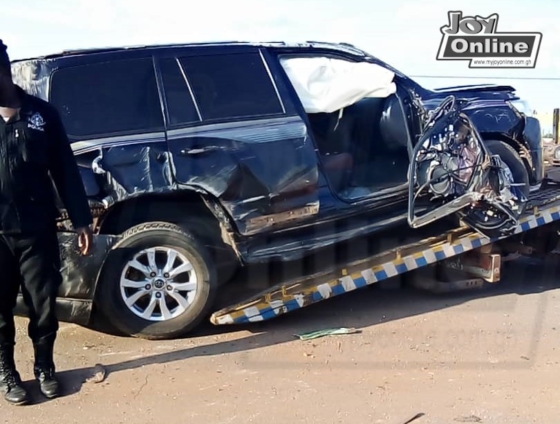 Employment and Labour Relations Minister, Ignatius Baffour-Awuah has reportedly been involved in a car accident on the Sunyani-Nsoatre road in the Bono Region.

The Sunyani West MP was returning from a funeral at Odumase and headed towards Nsoatre when the accident occurred on Saturday, August 14.

Mr Baffour-Awuah was reportedly injured in the crash and has been rushed to a hospital.

According to JoyNews sources, the Minister’s driver overtook a vehicle and in the process collided with an oncoming tipper truck.

They indicate that the Minister fell from the vehicle upon impact.

This is the second accident involving politicians in less than six hours.

Already, the South Dayi MP, Rockson Dafeamekpor has also been involved in a road crash.

However, the legislator escaped unhurt.

The crash occurred on the Aveyime road in the Volta Region while the MP and some of his colleagues were returning to Accra after attending the funeral ceremony of the father of his colleague parliamentarian, Samuel Okudzeto Ablakwa in the region.

Eyewitnesses say that a KIA truck loaded with concrete blocks ran into the MP’s vehicle, forcing the car to somersault twice.