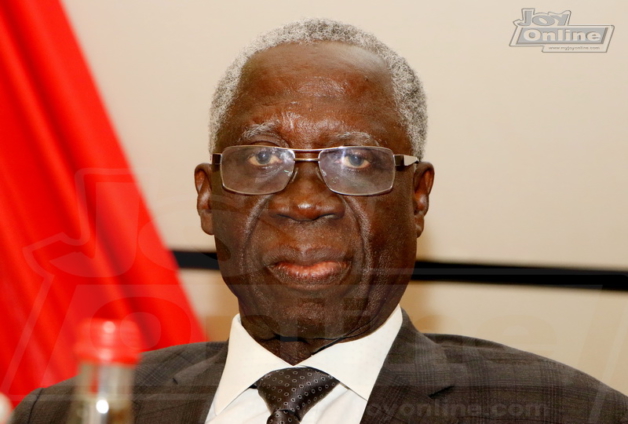 still cannot believe that I read right. The Nana Osafo Maafo I know is too wise and too honourable for certain words to come out of his mouth, especially as ethnocentric as what he is said to have said at the secret meeting with NPP regional delegates. He is quoted as comparing the contributions of Akyems and Ashantis to Ghana’s independence struggle.

What is finally nailing my confidence in his innocence is a rejoinder by someone described as one of Asantehene’s divisional chiefs. Very angry man, that chief; he did not even attempt to veil his words or garnish them in euphemisms. Gone berserk, he charged: “Osafo Maafo is mad, very mad”.

There is also a statement issued by a group calling itself Concerned Citizens of Akyem State. In the name and on behalf of all Akyems, it has sharply rebuked the former Prime Minister, asking him to leave Akyems to enjoy their cordial relations with Ashantis.

The older man’s silence is unnerving me. If the allegation is false, why has he, after so many days, not protested his innocence through the many channels and media available to him? He needs only to wag his finger and the entire Ghanaian media, smelling controversy, would line up behind his door.

Regular readers of this column will understand why until I hear the sound-bites with my own two ears, I would refuse to believe the alleged words of Osafo Maafo. As everybody who reads my thoughts in the ‘Daily Graphic’ every Friday will testify, I respect Osafo Maafo’s brains. As recently as a few months ago, when I proposed that our current Finance Minister be replaced by Kweku Kwarteng, one of my reasons was that Honourable Kwarteng had the same combinations (Finance and Engineering) as have stood out Osafo Maafo as a fantastic ministerial material since 2001.

The second reason I am dumbfounded is that the Akyem-Asante debate he has started – or sought to start – is totally needless. At a time like now in Ghana, how does winning this debate halt the decline of the cedi and reduce the number of schools under trees? Apart from inflating or massaging someone’s ego, why should it matter to us that Akyems led in the independence fight – if they did?

For somebody of his age and intellectual attainments, a man whose very visage suggests wisdom and thoughtfulness, the statement attributed to the now Chief Advisor to the President, is unfortunate, to say the least.

Looking into the future, towards 2024, it has the potential to be the winning wand which the NDC had been looking for, never actually prayed for but has fortuitously landed in their laps. Why do I say so? Simple: if there exists a recording of the former Prime Minister’s voice, the NDC, with so much fire in their eyes, will be fools not to use it to its advantage going to Election 2024. Imagine Ashantis being upset with NPP. That’s 1,000,000 votes!

In the longer term, Osafo Maafo’s gaffe would have succeeded in driving a wedge between the two major tribes, stoking the fires of enmity and/or suspicions, and reviving the unpleasant history of their better-forgotten past as combatants.

Already, the Ashanti chief has reminded the former Minister that “Akyems have little to do with the formation of NPP.” In the history of Ghanaian politics, we know what such statements are a warning of. Remember what Victor Owusu is quoted to have said about Voltarians in the early 1980s. That statement never leaves the memory of the people and has since created a World Bank for NPP’s arch-rivals.

The political fall-out, however, pales in relative importance to me. Forget, even, that Ghana’s economy is in the dire straits.  I am worried that just to win an election, we should forever be reminded that we are Ashantis or Ewes or Northerners; that the fact of our tribal origins, not competence and effectiveness, should be the reason to vote for anybody to be President or MP.

It’s surprising that neither the Presidency nor the NPP party has distanced itself from Osafo Maafo’s statement. I expect that if, and when they do, the motivation would not be “breaking the eight” but the need to rid civilisation of ethnocentrism. It is backward.

PS: Heard of Mgimba? He is a Ugandan man who has made a fortune selling cockroaches to China. He discovered this peculiar culinary habit of the Chinese – fried cockroach stew – and started growing cockroaches. Neighbours who observed him harvesting thousands of cockroaches poured scorn on his endeavour. Now a millionaire, Mgimba was interviewed on BBC recently.