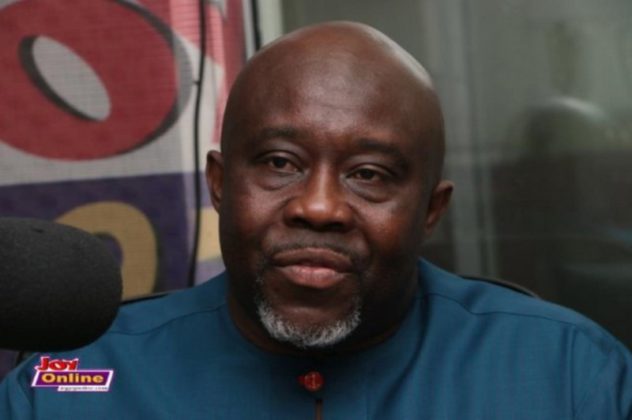 The Fantes of Ghana, in listing the aches that plague humans, consider indebtedness as an ache. Thus, they have a toothache (kakaw), debt-ache (kaw) and stomach ache (yam’kaw), and among the four the Fantes consider toothache the most dreaded.

I have come to the conclusion that in Ghana, politicians are our toothache. That is why it surprises me that of all the aches in the world, Ghanaians chose politicians.

God, in His mercy, however, gave us painkillers, namely one general election every four years, to vote for or appoint men and women who look or sound holier than the last pain.

Contributing to choosing a lesser pain is the only reason I have allowed myself to be drawn into a debate that is likely to take centre stage in NPP politics in the coming days, namely the appointment of a Director of Communications for the NPP to follow in the footsteps of Frank Apeagyei, Jake Okanta Obetsebi Lamptey, Nana Akomea and incumbent, Lawyer Yaw Buaben Asamoa.

The search by NPP’s National Executive Committee was supposed to be a quiet affair but a shot rang out in the course of this week, fired by a member of the party who is passionately urging the NEC to look no farther than George Nenyi Andah, one term MP for Awutu Senya West and former Deputy Minister for Communications.

The George Andah whose fortunes and exploits I have followed with keen interest ever since the two of us were introduced to each other by Mawuena Dumor at a media encounter organised by MTN. Andah’s marketing presentation was mwah! What a master at the game! We didn’t meet again, but I like master craftsmen and women, so unknown to him, I have watched him from a distance since then. He would not make me out today if he saw me.

From afar, I can tell you that George Nenyi Andah will play fair: no insults. But humans do change, so I can only pray that thrown into the turbulence of an ocean and condemned to swim in shark-infested waters, he will not depart from his signature.

There is one description that fits him: a consummate marketing communicator who literally and practically consumes and is consumed by the art and science of the profession. Like most professionals in the social science realm who rise to the top of the class, George Andah was “born-again” into marketing communications: his first birth is in the physical sciences (Biochemistry at KNUST).

Why am I interested in the George Andah ticket for the position of NPP’s Director of Communications? My reason is actually a hope: that from his handling of the party’s communications, this country will learn what party communicators do, or must avoid. Communicators run a RACE, using the R for the Research needed to win the eternal goodwill of the people.

Nenyi was efficient as the Marketing Director of Guinness, but he was deadly as the Chief Marketing Officer for MTN. When he took that job, this country, and the world, witnessed an entirely different approach to corporate/brand communication. He dyed his hair yellow to ask the world to put their money on MTN.

The NPP may not love me for saying it, but the party’s performance to date, especially in Akufo’s second term, has been anything but exciting. Its communication is in tatters; has been since 2017. In 2016, even non-NPP sympathizers were begging the party to communicate its achievements.

The economic crunch that has greeted Ghana in Akufo Addo’s second term has magnified the party’s PR sins. The NDC communicators have been better at it, sounding more believable; that is why NPP  finds it difficult to convince Ghanaians that “we have done more roads than any government”.

At this stage in the party’s life, what it needs is not necessarily an ideologue. Worse, it does not need someone who intellectualizes communication. That kind believes in shouting, using innuendoes that seldom stick and are easily debunked.

The NDC seems to be lucky. The Sammy Gyamfi-led team deployed by the master communicator, John Mahama, is a deadly combination. Rawlings said of them that they were babies with sharp teeth. Today, they are sharks with bone-crushing jaws.

The NPP needs a professional who will throw in the entire marketing communication mix, based on research. Communication under Andah will be like NPP in the hands of Dan Kweku Botwe.

I must add, however, that PR is good deeds. Even the best communication cannot win an election for a miserable performer.

DISCLAIMER: The Views, Comments, Opinions, Contributions and Statements made by Readers and Contributors on this platform do not necessarily represent the views or policy of Multimedia Group Limited.
Tags:
Enimil Ashon
George Nenyi Andah