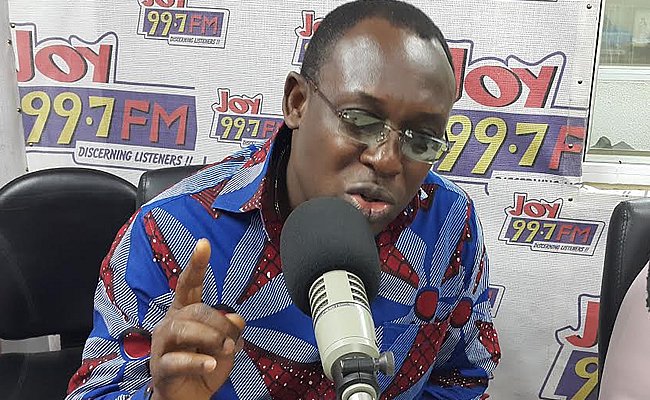 Lawyer and senior vice president of IMANI Africa, Kofi Bentil, is recommending what he calls a Media Defence Fund, which can readily make available resources and legal advice when journalists need them in their line of work.

Speaking on Joy News’ Newsfile on Saturday, he was confident; the Fund can become the catalyst to deter what he calls “such behaviours” and help sort out incidences like what happened to Luv FM journalist, Erastus Asare Donkoh.

“I think we will continue to have this problem if we do not solve it. What I think is missing is a standing arrangement where the Ghana Journalist Association (GJA) should have a Media Defence Fund where they actively solicit for funds so that when these things happen, resources will be ready,” he said.

Mr Bentil believes, “the Fund should have a list of lawyers ready so that when these things happen, there is s clear connection to a certain set of responses.”

His call comes on the back of the verbal attacks and threats on the life of Luv FM journalist, Erastus Asare Donkoh by Assin Central MP, Kennedy Agyapong.

The MP said Erastus ought to be beaten for his reportage on the protest in Ejura last month in which two persons died.

According to Mr Bentil, with such a Fund, it will become like a deterrent to everyone who intends to mess with the media knowing very well that the media has the Fund to give whoever it is a run for their money.

He said such people know they will “be taken up and run through the system.”

The Senior Vice President of IMANI Africa did not leave the role of the media out in this standing arrangement.

He chided media personnel who sometimes discontinue cases in court, citing this example, “when these things happen, people go see them, and you come to court, and they say I don’t have the case anymore.”

Unhappy about such developments, the lawyer reminded members of the media fraternity, “it is not about you! It is about the whole media, and putting out a certain sentiment that we will not as a society tolerant people attacking the media.”

Mindful of the possible commentary that his suggestion would be taken out of context, Mr Bentil further explained, “it’s not because it is the media but because it is fundamental for our democracy to survive.”