EU to intensify cooperation after terrorism summit in Paris 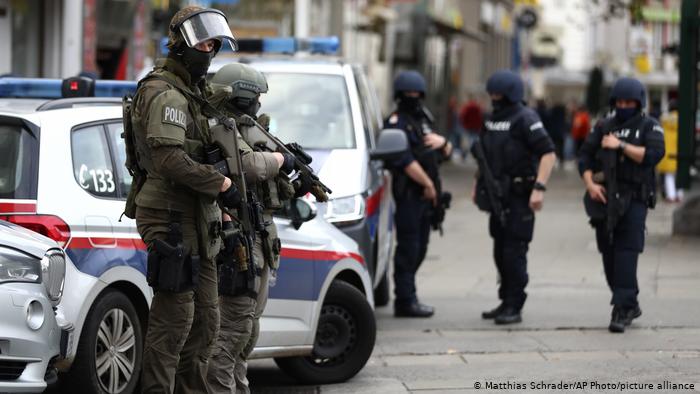 EU leaders say they want to increase cooperation between member states in the fight against terror, with common databases and greater information exchange. The plan follows deadly terror attacks in France and Austria.

French President Emmanuel Macron on Tuesday said there would be a “rapid and coordinated” European response to recent terror attacks in both his country and Austria.

The response should focus on “the development of common databases, the exchange of information or the strengthening of criminal policies,” Macron said after hosting a video conference with fellow EU leaders.

“I want to mention the entry-exit system in the Schengen area, which should be ready in 2022,” she said after a meeting with other European leaders on Tuesday.

“It is vitally necessary to know who comes in and who leaves the Schengen area.”

The announcement came after talks between leaders of France, Austria, Germany and the European Union to discuss Europe’s response to terrorism threats.

“If we want to protect everyone’s freedom, we have to restrict the freedom of these people,” he said.

The attacks in France & Austria show we need to fight relentlessly against terrorism. We will intensify our cooperation. We are stronger together.

The meeting was hosted in Paris by both Macron and Kurz, whose countries have both suffered deadly Islamist terror attacks in recent weeks. They were joined digitally by Merkel, Netherlands’ Prime Minister Mark Rutte, von der Leyen and European Council President Charles Michel.

One week ago, a man who allegedly tried to join the Islamic State group shot and killed four people in the Austrian capital of Vienna.

And in France last month, an Islamic extremist killed three people in a church in Nice, while another extremist beheaded a teacher near Paris for showing students some cartoons of the Prophet Muhammad.

And German prosecutors are treating a stabbing in the eastern city of Dresden as an Islamist extremist attack.

The attacks galvanized calls in their respective countries for a strengthened crackdown on Islamic extremism.

In response the the attacks in France, Macron announced a crackdown on what he called “Islamic separatism,” saying that Islamists in France had created a parallel culture that rejects French values, customs and laws.

The new bill targets people who promote extremism, tries to prevent children from dropping out of school, combats terror financing, and reforms its housing and education policies to try and empower the disenfranchised.

French Interior Minister Gerald Darmanin has traveled to Italy, Algeria and Tunisia, to try and increase cooperation against terrorism.

After the Austrian attack, authorities have remanded 10 people in custody as possible accomplices and have separately raided more than 60 premises linked to the Islamist Muslim Brotherhood and the Palestinian Hamas movement.

They seized millions of euros in cash, and issued orders for 30 suspects to be questioned.

Interior Minister Karl Nehammer said it was a move aimed at “cutting off the roots of political Islam”.

The Austrian also ordered two mosques in Vienna that frequented by the attacker to be closed.

EU Council President Charles Michel earlier called for the establishment of a new EU body to oversee the training of imams and make sure their follows do not contribute to spreading an “ideology of hate.”

“To fight the ideology of hatred, we need to set up as soon as possible a European institute to train imams in Europe,” Michel said in a Twitter message.

“Online messages glorifying terrorism must be quickly removed. There must be no impunity for terrorists and those praising them on internet,” he added.

To fight the Ideology of Hatred, we need to setup as soon as possible a European Institute to train imams in Europe.

Online messages glorifying terrorism must be quickly removed. There must be no impunity for terrorists and those praising them on internet. pic.twitter.com/O6E1dn13Um