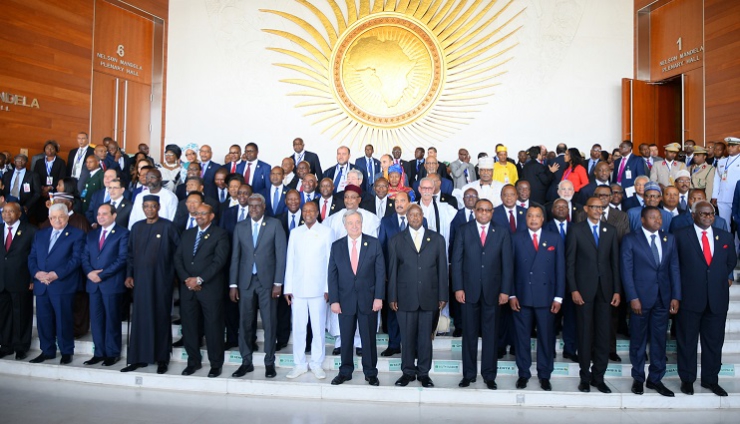 On the day of the African Union, I pray the current leaders will go back to the speeches of Ghana’s Osagyefo Dr, Kwame Nkrumah, David Dacko of the Central African Republic and Julius Kambarage Nyerere of Tanzania. Recently reading excerpts of the 32 speeches delivered on this day of May 1963, I got the sense of urgency and readiness the leaders of the day had to steer this continent into her destined place.

Vindication they say is in the womb of time. Today, David Dacor is right. We’ve seen how France through Félix Houphouët-Boigny masterminded the assassination of Burkina Faso’s maverick leader, Thomas Sankara in 1987. Herman Jay “Hank” Cohen who at the time was the U.S. assistant secretary of state for West Africa is on record to have said, “There is no doubt that the planning, financing, and logistical assistance was orchestrated by [Ivory Coast] — [Taylor] working with President Houphouët”. In his country, the Central African Republic, we saw how France prepped up Jean-Bédel Bokassa, the “Butcher of Bangui.

Osagyefo Kwame Nkrumah called for the unity of Africa. He called for one currency and one continent of a common vision. Today, he is right. We witnessed the mutinies, the coup d’état, all engineered by colonial hands because Africa remained disunited. Today, Africa trades more with China than among herself. Currently, a continent of 54 countries has over 40 different currencies. How can we trade conveniently and facilitate commerce?

Kambarage Nyerere called for the upholding of Africa’s cultural ethos as we chat the path of finding our feet post the colonial era. Today, Africa feels ever ready to embrace any foreign ideology because of aid and handout.

Another sad status quo in the life of this continent is that colonial powers and lately, China, feels they have the divine duty to tell us, our leaders, what to do and think. Sadly, our leaders also feel they have the divine duty to accept what they are told without objections. From the times of the African liberation struggle to date, we have seen the pernicious hands of colonial powers in all facets of African countries.

This beautiful continent of enormous resources both human and natural has been reduced to hewers of wood and drawers of water by the rest of the world. We keep chipping away the hopes of this continent and her youth who dominate the demography because African leaders of today are comprado bourgeoisies. They’ve African faces and physique but essentially in action and reality. They champion the bidding of foreigners and colonial powers to the detriment of their countries.

The neo-colonial project requires Africa to remain disunited and impoverished. Interference is the mother’s milk of European and Asian economies. On this African day. The continent must break away from this shackle of being reduced to servants. We need to unite and go back to the speeches delivered in 1963 in Addis Ababa. We need to exorcise the demon of corruption which is deep-seated in African leaders. For prudent management and wise deals will help this continent liberate herself from the economic diapers.