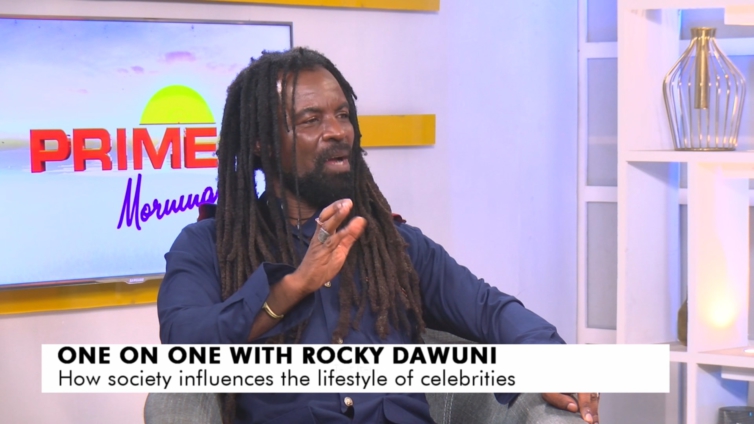 Two-time GRAMMY nominee, Rocky Dawuni has stated that the Ghanaian entertainment industry has had its fair share of challenges.

According to him, he invested a lot into his craft at the early stages of his career just to prove to the world that it is possible to rise above all odds.

The prolific songwriter indicated that he seized every opportunity to work his way to the top.

Speaking to KMJ on Prime Morning Friday, Rocky Dawuni explained that he knew that challenges were important, especially when it comes to success, which is why he trained his mind to be strong in the face of adversity.

“I had a mindset of never feeling let down whenever I went through challenges because I knew that challenges were an integral part of success so I had to. Every no for me was an opportunity to prove a yes”

The producer further explained that some of the major challenges he faced in the early stages of his career had to do with finding people to produce his music, saying producers were turning him down mostly because he was the only artiste in Ghana fusing reggae music with traditional music.

He was not too reggae for the reggae people and he was not too world for the world people and this made it difficult for him to get bookings because they did not know which category to place him.

The In Ghana hitmaker indicated that instead of allowing challenges he faced to break him down, he changed his attitude and mindset towards work and he dedicated himself to discovering new ways to better himself.

Rocky Dawuni addressed speculations that he used “back door” methods to get his GRAMMY nominations, saying it is his years of hard work and perseverance that is paying off.

According to him, after he and his partners formed ‘Afro Funke’ in Los Angeles, things picked up for him in the entertainment industry and earned him global recognition.

DISCLAIMER: The Views, Comments, Opinions, Contributions and Statements made by Readers and Contributors on this platform do not necessarily represent the views or policy of Multimedia Group Limited.
Tags:
Joy Prime
Prime Morning
Rocky Dawuni