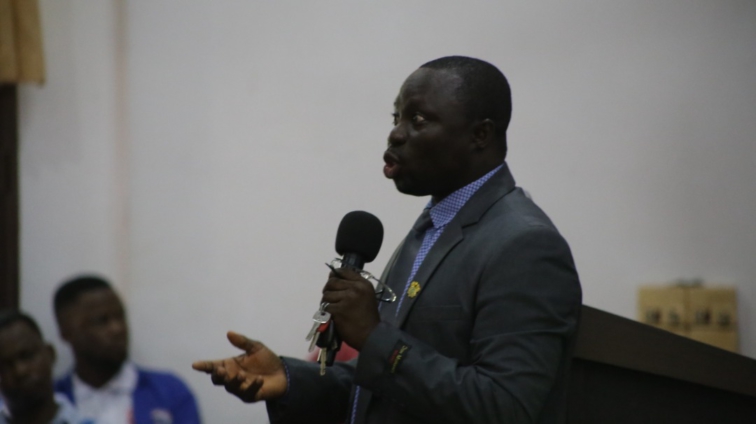 Engineers’ work is so difficult, according to the Institution of Engineering and Technology (IET), Ghana, that extra caution must always be exercised in order to save hundreds of lives that could be lost in a matter of seconds.

Engineering, according to the institution, is even more difficult than medicine, because a doctor is only likely to harm one patient with a wrong prescription, whereas, an engineer could kill many with bad engineering procedures.

“When a doctor prescribes a medicine, he is actually dealing with one person or two people but when an engineer makes a mistake it means when the building collapses he is going to kill a lot more people,” Chairman of the Civil/Building construction division of IET, Engineer Davor Wonder Salami told JoyNews‘ Mahmud Mohammed-Nurudeen.

Engineer Salami was speaking at a seminar on the legal environment of engineering and civil engineering structures guidelines for faculty of technical education students and staff at the Akenten Appiah-Menka University.

He gives the example of building collapse in Ghana, which killed many people.

According to him, the engineer’s inadvertent error is fatal. To avoid future damage, IET aims to ensure that every member of the institution practices professionally.

As a result, IET has launched educational programs for members to be cautious in their design in compliance with industry standards.

He says a structure can be demolished if an assembly realizes it occupies a public space.

He cites the Land Use and Spatial Planning Act 925, which states that whenever someone constructs a structure on public land, the assembly has the entire authority to demolish it without notifying the owner.

Engineer Wonder says that the assembly doesn’t need to serve notice to the owner, regardless of how long a person has lived there.

Affected people who also file a lawsuit against the assembly would be made to pay for the services of the demolition, he indicates.

However, if a person has built a structure on their property without a permit, the assembly is expected to request a permit and guide you through the procedure.

Land Use and Spatial planning ACT is to provide for the sustainable development of land and human settlements through a decentralised planning system, to ensure judicious use of land in order to improve quality of life, promote health and safety in human settlements, and regulate national, regional, district, and local spatial planning among others.

The seminar gives the students the option to join the institution and receive training for future practice.

IET expects the students to start their professional careers even in school.

Northern Sector Chairman of IET, engineer Alexander Kello says, “based on the questions, we expect that they become full members of IET.”

Engineer Kello also adds the institution will provide relevant workshops to prepare the students for the industry so that they will not become a burden after graduation.

Dean of the Faculty of Technical Education, Prof Humphrey Danso says the institution wants to ensure that students prepared for the industry are integrated into engineering practice.

He states that it is part of a series of actions aimed at empowering the students.

IET (Ghana) began in 1986 and has gone through a number of transformations to reach its current state. Ghana Institution of Technician Engineers was its original name.

Its membership is mostly drawn from the mechanical, civil, chemical, marine, automobile, and aviation industries.

The Institution primarily ensures that its members’ professional standards are raised. It also aims to assure progress and adherence to Local Technical Practices in order to maintain internationally acknowledged standards.