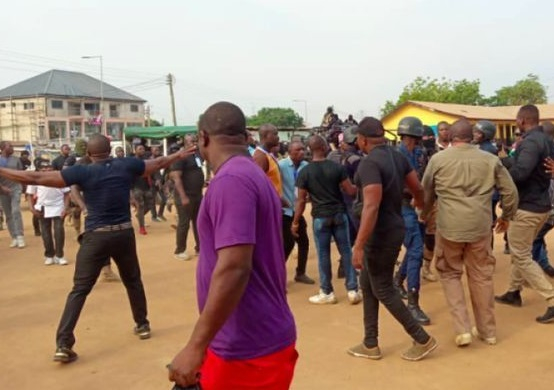 A group identifying itself as Zongo Democrats has called out government for its inability to ensure the parties responsible for the death of several citizens during the 2020 general elections are brought to justice.

The group in a statement said they have “observed with grave concern the reluctance of the President and his appointees heading various state institutions to bring closure to the sad killings.”

“There has been no update, no public briefing by way of press releases on steps being taken to expose the perpetrators to ensure justice for the departed souls, let alone compensation for their dependents and families as well as victims still traumatized and struggling to survive,” it added.

In view of this, the group has entreated the Inspector-General of Police, Dr George Akuffo Dampare to commence and expedite investigations into the incidents.

A year ago, some electorates lost their lives while performing their civic responsibility at the Odododiodio Constituency and Techiman South collation centre. Others, including a 15-year-old girl died because they were present during the violence.

Also, some individuals and CSOs, including former President John Dramani Mahama, the National Peace Council, and United Nations (UN) had called on government to investigate the sensitive matter.

Touching on this, the group noted that it is closely monitoring statements by various stakeholders including the Commission for Human Rights and Administrative Justice (CHRAJ) on calls for investigations as well as the National Investigations Bureau (NIB) which has suggested the deepening polarization in the country could degenerate during the next general elections.

They also want unresolved cases pertaining to the death of these individuals addressed.

“Zongo Democrats is concerned about the delayed justice especially in other cases currently before court. One is the Ablekuma Central incident which also left other victims including a Police Inspector, Nixon Awuni and Pius Kwanin, a journalist with the Global News Watch and Rashid Umar, a trader who reportedly is the NDC Vice Chairman of Sabon Zongo injured.”

The group has assured its commitment to stand with individuals and organisations who seek to protect the peace and sanctity in the country as well as ensure such unfortunate incidents do not recur.

“Zongo Democrats as peace loving citizens will stand by the victims till the full investigative report is out. We believe the findings, beyond punishment of those involved will serve as lessons to prevent further bloodshed in subsequent elections.”