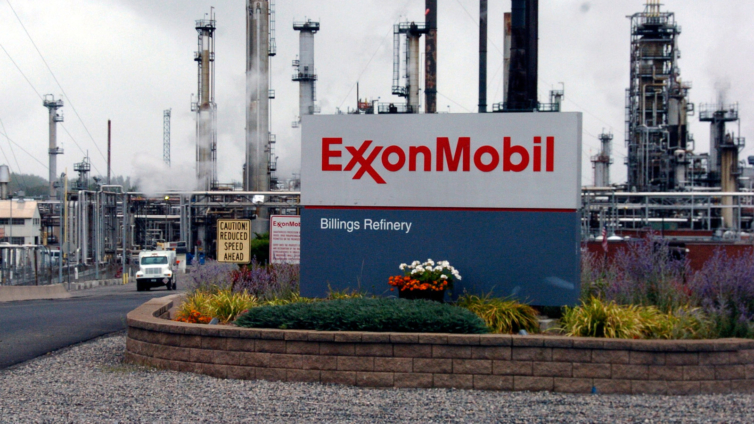 A JOY NEWS investigative report has found that ExxonMobil was granted immunity under the foreign transaction act which imposes restrictions on the transfer of currencies abroad.

Government was required by law to submit a fiscal impact assessment on the ExxonMobil petroleum agreement before parliament approved the deal.

But, a year after the deal was ratified, the Finance Ministry has yet to comply with the public financial management act, which requires the Ministry to disclose how much the tax waivers and exemptions granted the US oil giant cost the state.

Joy News’ Kwetey Nartey explored why ExxonMobil was granted immunity under the foreign transaction act which imposes restrictions on the transfer of currencies abroad.

In the official report of parliamentary debates on April 3, last year, government assured the parliamentary select committee on finance that the fiscal impact assessment on the ExxonMobil Petroleum agreement to explore oil in Ghana’s deep waters will be submitted to the House.

This is a requirement under the Public Financial Management Act, 2016. The document was expected to provide an insight into how much ExxonMobil’s tax waivers and exemptions under the agreement is costing the state.

The law states “Any legislation to be laid before Parliament or proposal submitted for the approval of Parliament shall be accompanied by a fiscal impact analysis stating the estimated effect on revenues and expenditures for the financial year in which the legislation or proposal is expected to come into effect.”

In essence, the fiscal impact analysis will determine the benefit we would derive from the agreement and how this relief would impact on the revenue of the country.

But, Joy News checks reveal government has failed to submit the fiscal impact assessment on the agreement.

Former deputy finance minister and Member of the Finance Committee in Parliament Ato Forson confirms to Joy News the agreement was approved without this critical report.

He is, however, disappointed that for over a year now, government is dragging its feet and has still not remedied this breach of the law.

But, Vice Chairman of the Energy Committee George Duker defends government, arguing that such delays are characteristic of how parliament works when it comes to ratifying agreements.

ExxonMobil Exploration and Production Ghana Limited, according to the agreement, it is to explore its Deepwater Cape Three Points Block Offshore for 25 years if commercial discovery is made.

Government came under public backlash from civil society groups including the Public Interest and Advocacy Committee over this deal.

They sounded the alarm because open competitive bidding, which is the default position of the Petroleum Exploration and Production Act, 2016 was not followed.

Mr Forson places the cost of waivers and exemptions at a billion dollars, based on his discussions with finance ministry officials.

What would these waivers and exemptions mean to oil communities that have been anticipating the entry of such oil giants will improve their livelihoods.

The Cape Three Points community is the epi centre of Ghana’s offshore oil exploratory activity. I’m on my way there.

The roads leading to this community are among the worst roads in the country; they are dusty, bumpy and narrow.

Motorists spend hours navigating this road when it could have been done in 45 minutes. Nana Kum Gyahene is Gyaasehene in Akordeh. He says they have been post-harvest losses due to the bad roads.

The plight of these fishing communities is worsened when rains come.

Health workers like Regina Amoah said they either have to be carried on the backs of male colleagues as they wade through floodwaters to their duty posts.

Her main worry, however, is the effect of such poor roads on maternal and infant mortality rates.

Civic activists and the communities of the Cape Three Points region say there is another vexed issue: The immunity granted ExxonMobil under the Foreign Exchange Act 2006.

This immunity allows the oil giant to transfer foreign currency out of the country freely without restrictions.

Former PIAC Chairman Dr Steve Manteaw claims that this immunity was granted because Bank of Ghana officials was sidelined in negotiating the deal.

According to the official transcript of Parliament’s debate on the agreement, government officials said that the Bank of Ghana had agreed to waive the restrictions for ExxonMobil because of their effect on the operations of the company, and the potential benefits of oil exploration and production that may accrue to Ghana.