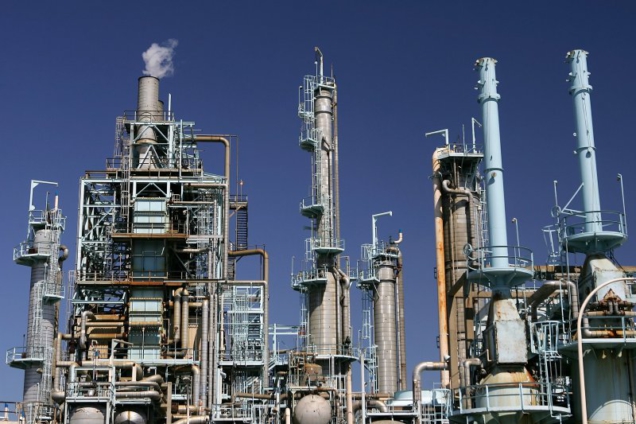 The Minority in Parliament is blaming the Akufo-Addo led administration for the gradual collapse of the Oil Sector after oil and gas giant, ExxonMobil exited Ghana’s oil fields and subsequently relinquished 100 percent of its oil exploration rights.

According to the Minority, the incumbent government is failing the sector because of its inability to present to the table, a more ‘competitive’ and ‘best deal’ that could keep ExxonMobil interested to continue its oil exploration activities in Ghana.

The Minority said, ‘a deal that was meant to benefit the Nation has succeeded in taking Ghanaians back to ‘square one’ because of bad negotiation skills.

Speaking on the JoyNews platform, Ranking Member on the Energy and Mines Committee, John Abdulai Jinapor said ExxonMobil’s exit jeopardizes the country’s ambition to produce about 500,000 Barrels of Oil per day by 2024.

“We [Minority] did caution government when they adopted this route, that we should open up, we should be competitive, let us get the best deal so that the nation will benefit but that fell on deaf ears.

“Well, this is a huge setback because the country is poised, according to the Minister of Finance [Ken Ofori-Atta], to produce about 600,000 barrels of oil.

“In the budget statement, the Minister hinted on several factors including key amongst these was ExxonMobil. In fact, they were supposed to spend some money to explore and eventually begin production so their decision to exit certainly sends a wrong signal.

“ExxonMobil is one of the biggest oil companies in the world and so if they leave your country it certainly doesn’t send a very good signal,” he lamented.

The Member of Parliament for the Yapei-Kusawgu constituency said, this was going to be a big hit to the country that wasn’t anticipated.

“This is where we are, they have decided that they will not continue with that agreement so we are back to square one, we have to start all over again,” he bemoaned.

In a letter issued to Ghana’s Ministry of Energy, Dr. Matthew Opoku Prempeh and copied to the Petroleum Commission and Ghana National Petroleum Corporation, (GNPC) ExxonMobil explained that it was unwilling to extend its initial contract originally signed in 2018.

“EMEPGL hereby notifies the Republic that it has determined not to enter into the First Extension Period, and hereby voluntarily surrenders and relinquishes one hundred percent (100%) of its rights in and to the DWCTP Contract Area,” portions of the letter read.

“EMEPGL also confirms that it hereby resigns as Operator for the DWCTP Block and that it has fully performed the relevant Minimum Work Obligation under the Petroleum Agreement. The above is without prejudice to the EMEPGL’s accrued rights,” it added.

ExxonMobil prior to formally withdrawing its activities in Ghana controlled 80 percent of the Deepwater Cape Three Points Block with the Ghana National Petroleum Corporation, holding 15 percent and Goil Offshore Ghana Ltd having the remaining 5 percent

Though the oil and gas firm did not provide further details on its decision, it thanked the Government of Ghana “for the good and constructive relationship we have enjoyed over the years” The Deepwater Cape Three Points block, is located 57 miles (92 kilometres) off the coast of Ghana.