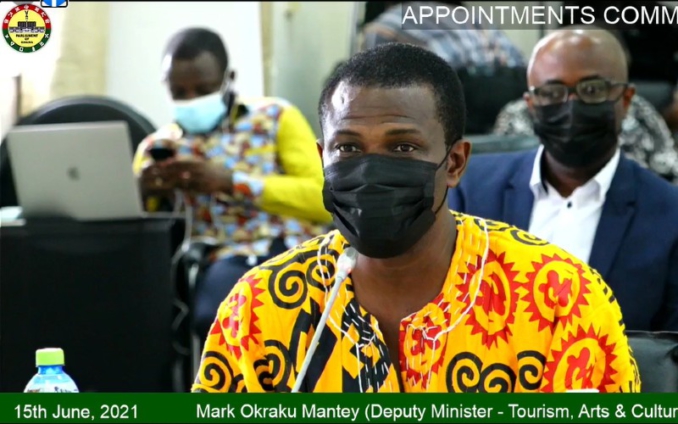 Deputy Minister-designate for Tourism, Arts and Culture has revealed that Tamale-based Afropop artiste Fancy Gadam inspired the Ministry to build a music studio for musicians in the Northern part of Ghana.

Mark Okraku Mantey told Parliament’s Appointments Committee on Tuesday; the young artiste since his debut has garnered a lot of attention for music in the north.

“Years ago, we saw the Northern and Ashanti regions as very far from Accra. But after the emergence of a young man called Fancy Gadam, our perception of what happens in the north [concerning music] has changed.

“He came to the capital, did his own show and filled the National Theatre.”

Mr Okraku-Mantey stated that after the success the ‘Total Cheat’ hitmaker chalked, the industry had to take him seriously and explore music in his home region and beyond.

“After that, we gave him extra attention to the north, so…Dr Awal has plans to set up a studio in the north to support the youth in the arts,” he said.

Among other things, the former Creative Art Council President also revealed plans to build a film studio that will help producers make standardised content that can compete with foreign ones.

DISCLAIMER: The Views, Comments, Opinions, Contributions and Statements made by Readers and Contributors on this platform do not necessarily represent the views or policy of Multimedia Group Limited.
Tags:
Fancy Gadam
Mark Okraku-Mantey
Music studio
Northern region