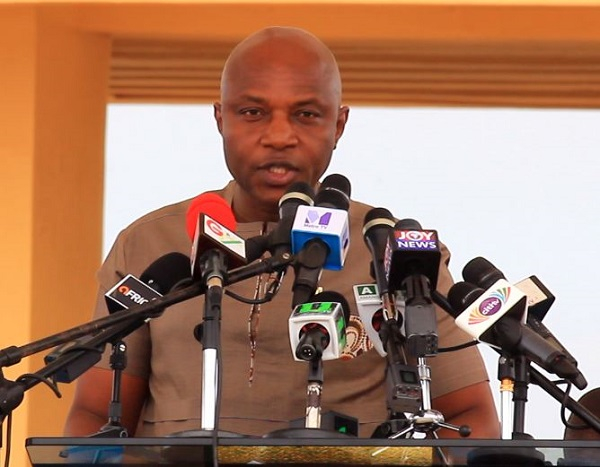 The Deputy Sanitation and Water Resources Minister, Michael Gyato has urged farmers in the Krachi East municipality to diversify their farm produce.

This he believes will help the farmers to still make gains in case of low pricing that usually characterises bumper harvest and glut.

The Deputy Minister was speaking at the 35th edition of the farmers’ day celebration at Kparekpare in the Krachi east municipality, which saw 35-year-old Kwasi Sey winning the Municipal best farmer.

The best farmer took home a certificate, one knapsack sprayer, five cutlasses, 2pairs of wellington boots and a tri-cycle.

The 35-year-old farmer says he expected more than he has been given but it is a motivation for him to aim higher in the coming years.

Mr Gyato who is also the Member of Parliament for the area asked farmers to venture into cocoa and other commercial farming.

He also asked the farmers to form associations so they could access loan facilities from the banks to support their projects.

He later presented a tractor and its accessories to the chiefs and the DCE for the area, Patrick Jilma to support women and the vulnerable who are into groundnut farming in the area.

This the Deputy Minister hopes would increase the production of groundnut in the area.

He also gave out plastic mobile toilets and waste bins to improve sanitation to improve in the municipality.

He urged the farmers and members of the area to consume locally grown food crops especially rice during this Christmas.