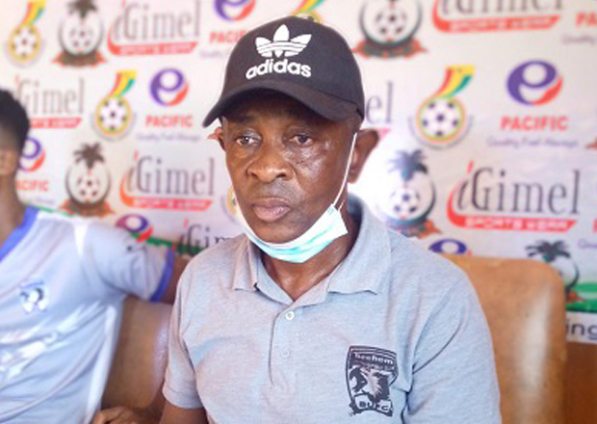 Head Coach of Bechem United, Kassim Ocansey Mingle, has observed the exodus of players from Ghana is leading to a lack of quality in the country’s top-flight league.

He says the phenomenon is a major contributing factor to the poor patronage of the Ghana Premier League in recent years.

The two most glamorous clubs in Ghana; Asante Kotoko and Accra Hearts of Oak, have struggled in recent times to fill half their respective stadium’s capacity.

Some lovers of the game have attributed that to a lack of quality and excitement in the domestic league.

Nhyira Sports checks reveal Asante Kotoko for example averaged 4,585 spectators at the Baba Yara Sports in the 2021/22 Ghana Premier League and that’s about 11% of the stadium capacity of 40,618.

Speaking in an exclusive interview with Nhyira FM in Kumasi on the subject, Bechem United head coach, Kassim Ocansey Mingle, affirmed the issue of quality in the league owing to player exodus.

He admitted, the clubs’ lack of financial muscles has accounted for this problem.

“Yes, I think it’s about lack of quality because the quality after we developed them for some few years, leave the shores of Ghana.

“Those days, we used to watch those crowd pullers but these days, the quality players, after shining for a few seasons, leave.

“The fans used to queue early in the morning ahead of late-night kick-offs because they used to watch quality but now, who are they going to watch?

“So, those the spectators want to watch are not there, so the fan will ask, who am I going to watch?

“It’s also because of our finances, if we are able to raise the level of payment, some of these players would have stayed,” he said.

DISCLAIMER: The Views, Comments, Opinions, Contributions and Statements made by Readers and Contributors on this platform do not necessarily represent the views or policy of Multimedia Group Limited.
Tags:
Bechem United
betPawa Premier League
Kassim Ocansey Mingle