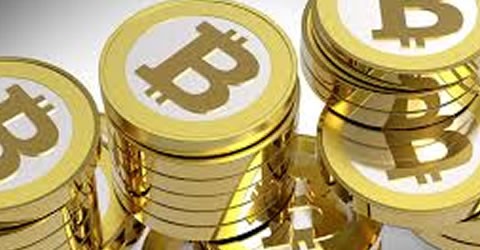 I’d decided not to publicly comment on the crypto currency market in December 2017 but a scholarly work I chanced on has forced me to break my solemn oath. At least I am happy to be breaking this oath at this opportune period where many do introspection and retrospection as far as 2017 is concerned. Mind you I am not your financial advisor. My work here is pretty simple; to give you a choice as to how to take prudent financial decisions (New Year resolutions) in 2018.

Beloved, let’s go back to the main meat of the matter. This is the prediction I am talking about. It states that "if world 4% of M2 money flows into the crypto currency market, the price of bitcoin will be 123,122. 36 USD by the end of 2018". Now the question; is it possible for 4% of M2 money globally to move into Cryptocurrency? This question can't be answered if we don't look at these variables:

1. What is the fraction of the population that were aware of bitcoin 3 years ago and what percentage of them invested in it?

2. What has been the rate at which people invest in bitcoin at least for the past 2 years and what percentage of them were those who heard it in say 3 years ago but decided to take a step after the price surge of bitcoin?

3. What amount does each global economy hold in the global M2 money and how well do these economies individually embrace bitcoin?

4. Will investment banks have greater desire to accept bitcoin as investible assets in 2018? And if they will, will they devote say 10 to 15% of their investments in bitcoin?

5. Will people especially aggressive investors especially those mindful of their pension see bitcoin as a viable investment towards sane post pension life?

The above among others, are critical issues to consider before any sane prediction can be arrived at. Mind you I never touched on the willingness of central governments to keep percentage of their reserves in bitcoins neither did I touch on willingness of retail shops including restaurants to accept bitcoin as a payment option.

Looking at the questions asked above, it is obvious that the price of bitcoin will soar in 2018. This is because, the bitcoin economy is solely driven by demand and supply. While supply is finite, demand keeps rising because of the options (usability) bitcoin provides.

Does that mean I believe the prediction? I say NO. I so believe that the prediction above is unambitious and largely conservative. But let us assume that the confidence interval of the model used to do the prediction is 50%. That means bitcoin will sell not less than 60000 USD by next year December. Mark it the only thing that might hamper the realization of this prediction is the emergence of a superior technology that may fundamentally change the superiority of the technology underlying bitcoin model.

Do I advise you get some bitcoins? Forget it if you are paranoid about the future, grab more if you are an aggressive investor and grab the amount you will be willing to lose if you are a conservative investor. Happy New Year.