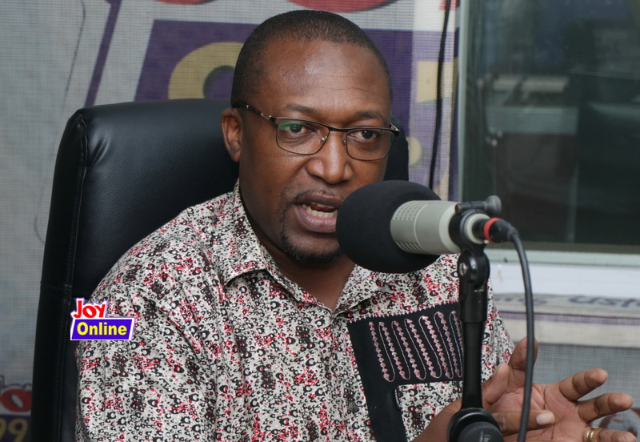 A procurement expert has faulted government for seeking to transfer shares owned by Ghanaians in Power Distribution Service to a new company without due process.

Kobina Ata-Bedu argued on Joy Fm’s Super Morning Show resistance from Ghanaian shareholders in PDS of the government’s move is part of the reasons which have led to the suspension of the contract of PDS.

In a letter addressed to Chairman of the Negotiation Committee of ECG-PSP, Mr. Akoto Ampaw, the Minister for Finance and Economic Planning wrote;

“Following the conclusion of ECG’s transfer of its power distribution business to PDS, it is of paramount importance to ensure the security of the PDS business and its ownership by Ghanaian shareholders.

“In other to safeguard the Ghanaian ownership of PDS and to ensure that control of PDS is secured with Ghanaians in a unified manner, the Ministry requires that the Ghanaian Shareholding is consolidated and held by a single newly incorporated Ghanaian entity (SPV),” Ken Ofori –Atta wrote.

Kobina Ata-Bedu faults this intervention from the Finance Ministry on several fronts.

Speaking Tuesday, he questioned the remit of the Minister of Finance to dictate to a private company on which entity to hold its shares.

“PDS as a consortium is a private entity that government cannot interfere with.”

Mr. Ata-Bedu also pointed out that the new company the Finance Minister is proposing has not gone through any procurement process to be given 51% shares in the management of power distribution in Ghana.

He described the approach as a “back door one.”

“The new vendor the finance minister is introducing must go through tender because once you give a contract out you don’t have any control over it again,” he added.

On March 1, 2019, PDS took over some assets and operations of the ECG including electricity service distribution in all of ECG’s operational areas in Ghana.

The new arrangement was among other things expected to cut distribution losses to the barest minimum while delivering improved power services to Ghanaians.

This has now been suspended.

A  statement which followed from his office said in part “ the decision follows the detection of fundamental and material breaches of PDS obligations in the provision of payment securities (Demand Guarantees) for the transactions which has been discovered upon further due diligence.”

Mr. Ata- Bedu warns that the current arrangement where ECG is undertaking the services which until recently were being offered by PDS without proper regularisation lends itself to potential liabilities.

Not only does ECG lack the capacity to engage in capital expenditure and take major decisions under the current arrangement, he believes, any liabilities it incurs during this caretaker season may have to be taken by the government.