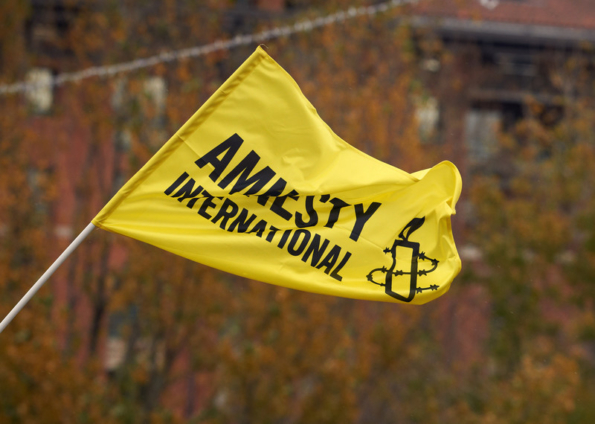 Amnesty International (AI) has called on government and state institutions to take a critical look at human rights violations that occurred in 2021/2022 and find lasting solutions to them.

The organisation said many human rights infractions were committed against individuals and groups by the state and its institutions in 2021 which must be looked at and addressed.

Launching its 2021/2022 human rights report in Accra on Thursday, with the theme, “The State of Ghana’s Human Rights within the global environment,” Board Chairman of AI Ghana, George Aggrey said the issues of human rights are not limited to the outside world only, but cut across.

“We are also working on issues within our own country and as the report indicates, cases of excessive and unnecessary use of force by security personnel, inhumane prison conditions, right to health, environmental degradation, forced evictions, discrimination of the LGBTI people’s rights and gender-based violence, must be addressed accordingly,” he stressed.

However, he commended the government for its effort in the prevention of the Covid-19 pandemic.

He said, “We did not report only on the negative side of the government, we also commended government because drones were used to send vaccines to under-privileged areas for them to be vaccinated. So, this indicated that our report is very fair and it cuts across.”

Human Rights Education and Youth Engagement Coordinator, Hannah Osei, said the organisation, recognized chapter 5 of the 1992 Constitution of Ghana which says the fundamental rights and freedom shall be respected and upheld by the Executives, Legislative and Judiciary and all other departments and agencies of government.

She added that even though there has been an improvement in human rights since the 1992 Constitution came into effect, there were several human rights concerns that require the immediate action.

“For instance, the assault on journalists, Police and Military forces shot dead two protesters and wounded four others during a protest in Ejura Sekyedumase in the Ashanti Region among others.” She said AI Ghana, “looks forward to engage with the state, CSOs and media regularly to support in setting the human rights agenda for awareness-raising, public education and urgent action as a collective contribution to making the country and the world a better place for all, without discrimination.”

DISCLAIMER: The Views, Comments, Opinions, Contributions and Statements made by Readers and Contributors on this platform do not necessarily represent the views or policy of Multimedia Group Limited.
Tags:
Amnesty International
Human rights