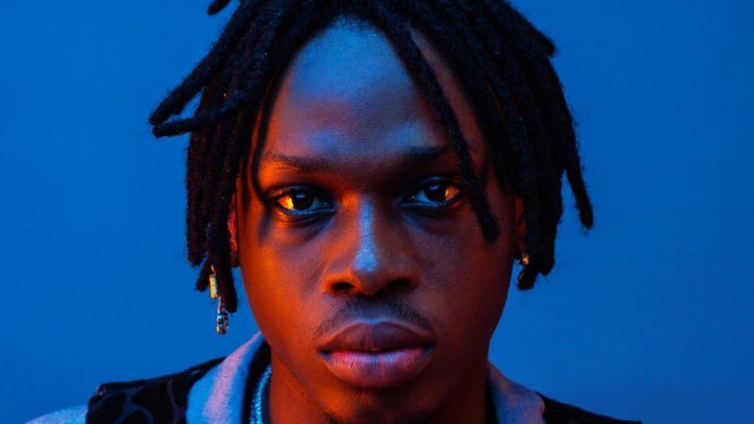 “This is huge, I have no words. Thank you so much,” he told fans from the live-streamed ceremony in Lagos.

You could almost hear a pin drop during this performance from Fireboy DML:

Wizkid took home two prizes, Artiste of the Year and the Viewers Choice Award, following the record-breaking success of his latest album, Made in Lagos.

Relative newcomer Tems, one of his collaborators on that album, missed out on the Next Rated award which went to her touring partner Omah Lay.

Both Song of The Year and Best Pop Single went to DJ Neptune featuring Joeboy and Mr Eazi for their song Nobody.

Other winners on the night included Niniola for Best Female Vocal Performance, veteran musician King Sunny Ade was also recognised in the Headies Hall of Fame category, while the award for Best Music Video of the year went to Davido’s 1 Milli by Director K.

Many of Nigeria’s biggest music stars, including Davido and Wizkid, joined last year’s youth-led protests against police brutality in Nigeria.

Comedian and host of the 14th edition of music award show, Headies on Sunday reminded viewers of the shootings at Lekki Tollgate on 20th October 2020, during the #EndSARS protest. pic.twitter.com/LBipxlYQ0y

Other fashion choices at Sunday’s music awards ceremony were not lost on eagle-eyed fans watching online.

One of the more light-hearted ribbings was reserved for Laycon, and what one fan called his “goliath” sized shoes.