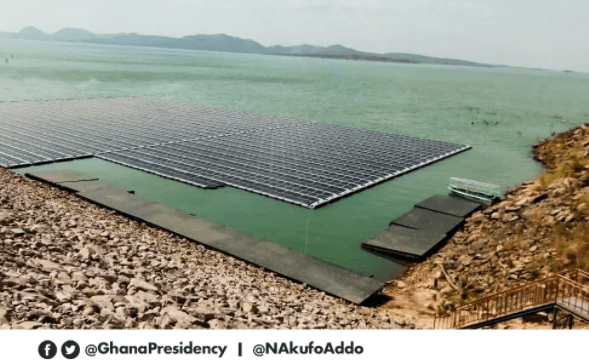 President Akufo-Addo says government has completed the first phase of the biggest hydro-solar system to be found in West Africa.

According to him, it is the first of its kind in the West African sub-region.

The Bui Power Authority saw to the construction of the initial 1MWp of a proposed 5MWp floating Solar PV system on the Bui reservoir.

In a tweet on Tuesday announcing the achievement, the President reiterated his commitment to investing in renewable energy in the country.

Also, referencing an infographic, President Akufo-Addo revealed that his government will in 2022 complete some ongoing construction works in the country.

The others are the Mprumem Phase II Irrigation Project and the Ashaiman Irrigation Spillway.