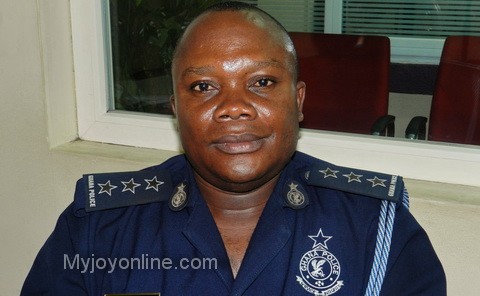 DSP Cephas Arthur, the Public Affairs Officer of the Ghana Police Service, has reported that the police, in cooperation with other security agencies, will implement a five-layer security strategy to ensure fair and peaceful elections.

He said every polling station will be staffed by a police officer or personnel of other security agencies who will at most be armed with a truncheon.

Speaking on Joy FM’s Super Morning Show Tuesday, DSP Arthur explained that for the sake of security logistics, each constituency has been divided into areas that contain an average of five or six polling stations apiece. These areas will be monitored by the second layer of security – armed roaming patrol teams – who are prepared to assist the security agents stationed at polling centers.

A reserve force of police officers will be on hand to back up overwhelmed patrol teams, and the fourth layer, an “action unit” whose personnel have received more specialized training, will be available in the event that the reserve police cannot contain a situation, he added.

The police officer said, in the unlikely event of a truly dire situation, the military may be called in. He assured the security forces will be civil but firm, willing to use force when necessary but will not be overly zealous.

Though the police directive is not rooted in law, DSP Arthur said it is part of the security agencies’ overall strategy to address problems that arise when supporters of opposite parties gather in close quarters in the tense Election Day atmosphere. The police also want to prevent large, roaming bands of party supporters acting (or posing) as monitors from disturbing the peace.

DSP Arthur explained that since party agents will be present at polling stations to immediately draw the attention of party executives to whatever problems that may arise, it would be unnecessary for everyday citizens to keep constant watch over the ballot boxes; standing watch, he feared, might make it harder for security personnel to ensure nationwide electoral peace.

He also indicated that the police are keeping a close eye on all media outlets, particularly those they expect to foment unrest. On Election Day, the police will be crosschecking information released by various media outlets and offer to verify news stories before they are broadcast or published.

He added that the police are prepared to arrest members of the press trying to incite misbehavior but that stated they are unlikely to force the temporary shut down of troublesome media outlets.