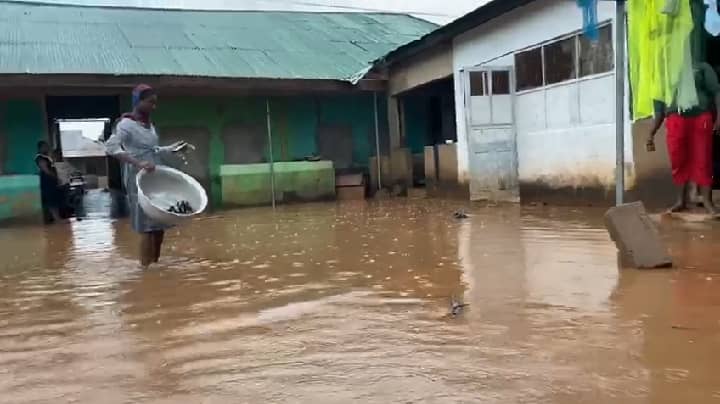 Floods victims in Nawuni, a fishing and farming community in the Kumbungu district of the Northern region have been forced to return to their homes following the reopening of schools nationwide.

The victims who sought refuge at a school in the community after the disaster in 2020 were assured by the National Disaster Management Organisation (NADMO) and its partners of being relocated to higher grounds to avoid future flooding.

However, a visit to the community revealed that most of the flood victims who were seeking shelter at the school are now compelled to move gradually back to their homes, which they describe as “death trap”.

In September 2020, Northern, North East and Upper East experienced flooding due to the Bagre dam spillage.

The phenomenon destroyed properties worth thousands of cedis and affected food crops.

The victims who had hopes of having a new community where they would not have to worry about annual floods say since school will be resuming on January 15, they have no other option than to move back to their old homes.

The Assemblyman of the area, Alhassan Yussif told Adom News that after the NADMO and other officials promised to relocate them, he has followed up on several times but to no avail.

He added that he has called on officials of NADMO and other relevant stakeholders to fulfil their promise.