Food poisoning: What to do to prevent it and how to deal with it - MyJoyOnline.com

Food poisoning: What to do to prevent it and how to deal with it 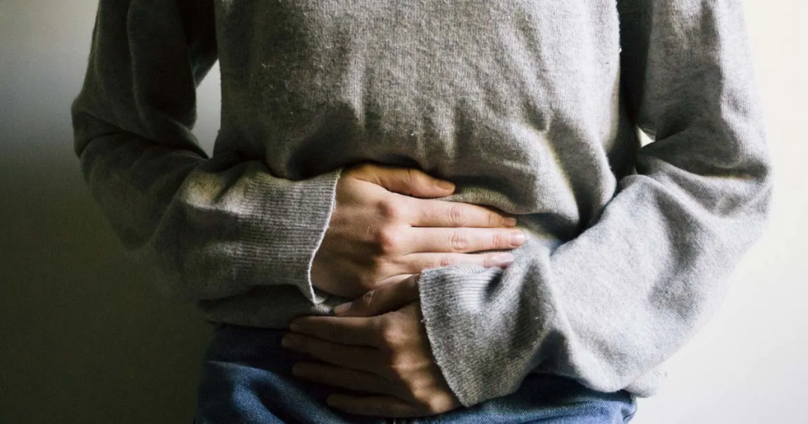 Food is a vital part of life not only because it provides the energy to run body functions and the building blocks to grow and repair body tissue.

It is also because eating good food, especially with family and friends, is one of the pleasures of life.

What you eat matters because the cells in your body need nutrients (which are substances that provide nourishment essential for the maintenance of life and for growth) and you can provide that mainly by eating. However, one needs to be cautious when consuming any food item in order not to suffer food poisoning.

Marwako, a fast-food eatery in Accra has been trending on Twitter after several Twitter users complained of suffering food poisoning after eating there.

The Twitter tirade started after a user, Edward Elohim, posted that the fast-food service had served him and several other people contaminated food, resulting in food poisoning.

On Thursday’s edition of Joy FM’s Super Morning Show, a specialist in Clinical Biochemistry and Metabolic Medicine who is also the CEO of Medicas Hospital, Dr. Yaw Osafo educated listeners on food poisoning.

What is food poisoning?

Basically, food poisoning is an illness caused by bacteria or other toxins in food, typically resulting in vomiting and diarrhoea.

According to Dr. Yaw Osafo, it is also known as food-borne illness. Food poisoning is an illness caused by the consumption of food contaminated by microorganisms such as bacteria, viruses, and parasites or with poisonous chemicals or bio-toxins (i.e. toxins produced by the microorganisms).

There are over 250 food-borne diseases and the distribution varies from one locality to the other. According to the WHO, 1 in 10 people (700million) fall ill every year from eating contaminated food, and 420,000 die as a result. Africa and South-East Asia have the highest incidence and death rates from food poisoning.

How do I know I have food poisoning?

Food Poisoning is one of the most easily diagnosed medical conditions in the world. One doesn’t need to be medically qualified to diagnose it. The symptoms are easily recognizable:

Dr. Osafo mentioned that most cases are self-limiting, however, severe cases can occur in high-risk groups such as infants, young children, the elderly, and immunocompromised (HIV/AIDS, cancer) individuals. Danger signs include high-grade fever, extreme weakness, severe dehydration, and bloody stools.

What are the causes of food poisoning?

Below are the microorganisms that cause food poisoning:

Bacteria
These microorganisms are by far the most frequently identified culprits in food borne illnesses. There are a number of them e.g., Vibrio, E. coli, Listeria, Salmonella (typhi and non-typhoidal), Campylobacter, Staphylococcus, Clostridium, Bacillus and Shigella.

Clostridium
When some vegetables (green beans, peppers, mushrooms) or meat contaminated by the spores of a bacterium known as Clostridium botulinum are canned or vacuum-packed without adequate sterilization, the spores survive and germinate. This microorganism produces a toxin which is responsible for the clinical features seen in this disease (botulism – descending weakness and paralysis, double vision, difficulty in swallowing, difficulty in breathing.

Thankfully, this toxin is very heat sensitive and cooking food well destroys it. Swollen canned foods must be discarded. Proper sterilization of all canned and vacuum-packed foods is essential. The spores of this bacteria are found in the soil.

Another specie of this same bacterium, Clostridium perfringens, also causes food poisoning. The spores of this microorganism are in the soil and can contaminate food. The spores are heat-resistant and survive cooking and they germinate. The organisms grow to large numbers in reheated foods, especially meat dishes.

The disease has an 8- to 16-hour incubation period and is characterized by watery diarrhoea with cramps and a little vomiting. It usually resolves in 24 hours. Bacillus The spores of the bacteria Bacillus cereus are typically found on grains such as rice and survive steaming and rapid frying.

The spores germinate when rice is kept warm for many hours (e.g. reheated fried rice). This microorganism produces toxins which are responsible for the clinical features of food poisoning. It can produce 2 syndromes: (1) one has a short incubation period (4 hours) and consists primarily of nausea and vomiting; (2) the other has a long incubation period (18 hours) and features watery, non-bloody diarrhoea. Rice should not be kept warm for long periods!

This microorganism is distributed worldwide in animals, plants, and soil. From these reservoirs, it is transmitted to humans by unpasteurized milk or cheese and by contaminated vegetables. Disease is characterized by watery diarrhoea, fever, headache, myalgia (body aches) and abdominal cramps but little vomiting. Outbreaks are usually caused by contaminated dairy products, but undercooked meats such as chicken and hot dogs have also been involved.

This microorganism produces a lot of different diseases including food poisoning. A toxin produced
by it causes vomiting and watery, non-bloody diarrhoea. It has a short incubation period (1 – 8
hours). The toxin is fairly heat-resistant therefore it is usually not inactivated by brief cooking.
Vibrio
By a mile, the highest incidence of food-borne illness in Ghana is caused by this organism. It causes
cholera. Transmitted mainly by faecal contamination of food and water, primarily from human sources. There are also animal reservoirs for this bacterium – marine shellfish (shrimp and oysters). Ingestion of these without adequate cooking can transmit the disease. Watery diarrhoea in large volumes is the hallmark of the disease. ‘Rice-water’ stool is the term often applied to the non-bloody effluent. Vaccine has limited usefulness. Clean water supply is key in prevention.

Improved personal hygiene (frequent handwashing especially after visiting the toilet. Another specie of Vibrio is primarily transmitted by contaminated seafood. It is a major cause of diarrhoea in Japan, where raw fish is eaten in large quantities (sushi).

A frequent cause of watery, foul-smelling diarrhoea followed by bloody stools accompanied by fever and abdominal cramps, especially in children. Domestic animals such as cattle, chickens, and dogs serve as a source of the organisms for humans. Food and water contaminated with animal faeces are the major source of human infection.

Probably, number 2 in terms of incidence of food poisoning in Ghana. The various species of this microorganism cause (1) enterocolitis – nausea and vomiting which progress to abdominal pain and diarrhoea with or without blood; (2) typhoid fever and other enteric fevers (3) Septicaemia.

Transmission is by ingestion of food and water contaminated by human and animal wastes. The organism causing typhoid fever however is transmitted only by humans. The most frequent animal source of Salmonella is poultry and eggs.

This microorganism is responsible for dysentery (shigellosis). The organism is transmitted from person to person (faecal-oral). After an incubation period of 1-4 days, symptoms begin with fever and abdominal cramps followed by diarrhoea, which may be watery at first but later contains blood and mucus.

A very common viral cause of diarrhoea.

Thankfully most children are vaccinated as part of the Expanded Programme on Immunisation (EPI) in Ghana.

What can I do to prevent or avoid food poisoning?

Here are some food safety principles:

● Handwashing before handling the food, after using the toilet preferably with hot
water/running water
● Wash all utensils and cooking surfaces. Wooden surfaces must be scrubbed before use.
● Do not handle pets during cooking
● Wash all foodstuffs before food preparation even if the peels are not going to be eaten e.g.
yam, plantain.
● Separation of food to prevent cross-contamination. Chopping boards should be separate
e.g. vegetables and meat
● Cook food to proper temperatures. Do we have food thermometers? Beef, pork, fish, lamb
– 63 degrees Celcius (whole). If you have to reheat food, make sure the temperature goes
up to 74- degrees Celcius.

● For rice meals, if you have to save the rest [fried rice], then you need to refrigerate it properly, don’t keep it in the cooker warm.

● The defrosting procedure should go from freezer to fridge, then to use. Do not leave food on the kitchen counter!!● Avoid high-risk food – unpasteurized foods, raw foods(sushi), raw vegetables (salads), bulging canned food.

● Check the temperature of fridges and freezers always.

Meanwhile, a person who suffers from food poisoning can minimise its impact by drinking Oral Rehydration Solution (ORS), mixed with a sachet of water size sachet.