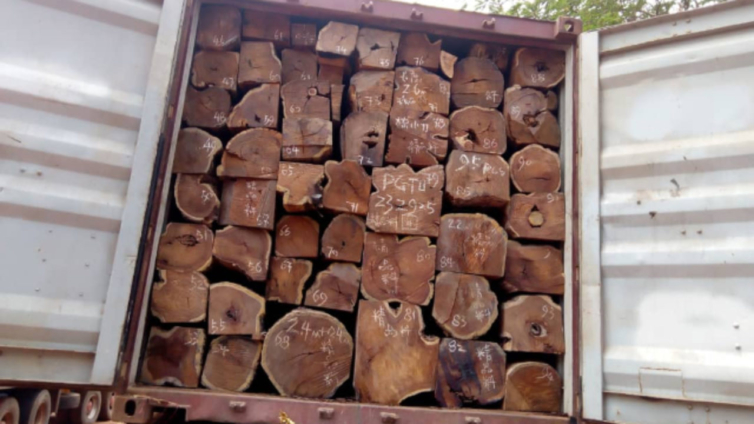 The Forestry Commission has given some private companies the green light to move into forests in the Upper East and West Regions to salvage rosewood logs despite a ban on the commodity.

In a letter dated June 24, and signed by the Commission’s Executive Director, the regional managers of the forest service division are to allow Messrs Original Asaase Aban Complex Limited to evacuate 487 ballets of the endangered species.

Oppon Sasu in the letter revealed that the company has paid an amount of ¢20,000 to “evacuate abandoned, impounded and confiscated” rosewood logs in the Navrongo forest district.

“Please ensure that the company compiles with the guidelines prepared for evacuation of auctioned rosewood. Kindly note that no fresh trees are to be felled.

“The regional and district managers are to monitor the operations of the company to prevent abuse since you will be held responsible for any infractions,” he noted.

But speaking on Joy FM’s Top Story, an Environmental Activist, Jeremiah Asiedu said these permits are just facades to deceive citizens since companies given the permits are still felling fresh trees.

According to him, these companies are being protected by some top government officials, as such efforts to bring perpetrators to book have proved futile.

“Fresh logging is happening across the Savannah ecological zone and this is not done only in the Northern parts of Ghana but everywhere in the country.”

“But when you see it and you try to report or stop them, they sometimes make the call right in front of us and from nowhere, police officers will be there and escort them to their destination.”

He went on to add that, “In reality, there is no ban because although the letters are genuine the hands of the forestry commission have been tied by government.”

Mr Asiedu suggested that the permit to salvage already felled trees should be cancelled in order to protect the endangered rosewood.