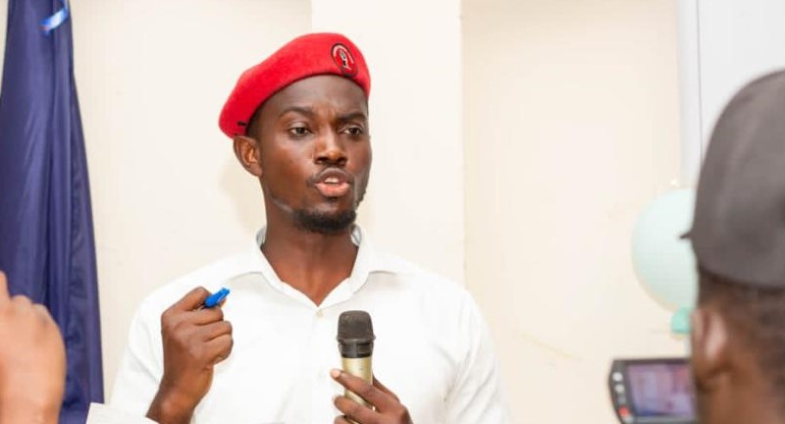 Commander-in-Chief of the Economic Fighters League (EFL), Ernesto Yeboah, has charged students to form proactive movements that will be more interested in fighting for their interests other than the National Union of Ghana Students (NUGS).

Speaking on Joy FM‘s Super Morning Show on Monday, April 4, Mr. Yeboah noted that the current student mother body (i.e NUGS) which is mandated to fight for the interest of students and also ensure their wellbeing, has failed in its mandate.

“The student movement has lost its fight, it has become a moribund institution that doesn’t represent the students interest anymore. What we have is a robotic type of leadership – they don’t speak.

“In the midst of TEWU strikes, UTAG strikes, general hardships in the country, all the students’ unions are quiet. NUGS is just quiet. I mean this is not normal, especially when you want to look at the history of the Student Movements in Ghana and the crucial role these bodies have played in society,” he stressed.

He said this on the back of the chaos that characterised NUGS’ national Executive Election, which took place over the weekend.

On Sunday, April 3, NUGS elected Dennis Appiah Larbi-Ampofo as President despite agitations over the credibility of the exercise.

Mr. Appiah Larbi-Ampofo won the election by garnering 78.1 percent of the votes cast.

Prior to that, other contestants had shared flyers congratulating themselves as winners of the contest, a development that generated heated reactions among students and social media users.

Sharing their concerns, some aggrieved members said they doubt the credibility of the elections.

It took the timely intervention of Police personnel on the grounds to calm tempers after the aggrieved members expressed dissatisfaction over the electoral process.

The General Secretary of the Union, Julius Anthony, has claimed the election was marred by malpractices.

According to him, based on the infractions that have characterised the process, the outcome cannot be deemed credible.

He claims the register for the election was done contrary to the provisions of the Union’s constitution.

But current President of NUGS, Emmanuel Boakye Yiadom, has refuted the assertion.

Reacting to the conflict that marked the election, Ernesto Yeboah bemoaned the seeming politicisation of student elections, which he said is eroding the effective administration of such unions and bodies, depriving them of quality leadership.

He contends that the leadership of NUGS, as seen in recent years, has been one which follows political dictates, instead of pursuing the interest of the students they represent.

Propounding a solution, he said the only way to address this is by creating rival groups which will be more concerned about the well-being of students.

“What we have now are occupational leaders. Just the idea of occupying the position as NUGS President is their achievement and that is what they carry on in their CVs. Beyond that they don’t feel they owe the student body any obligation to represent them in their supreme interest and so has led to a situation where politics at that level is no longer inspiring. We have lost the culture of solidarity,” he lamented.

“I think we’ve lost it to a large extent and it’s important that we also admit and perhaps begin the encouragement of rival student organizations in the country – organizations that can speak up and take up the course of the people when it is needed the most,” he added.

“But to say that NUGS as it currently is, and the general student body as it currently stands will on their own initiative – that’s taking on the interest of the people in the way that we saw in the past, it is never going to happen,” he said.