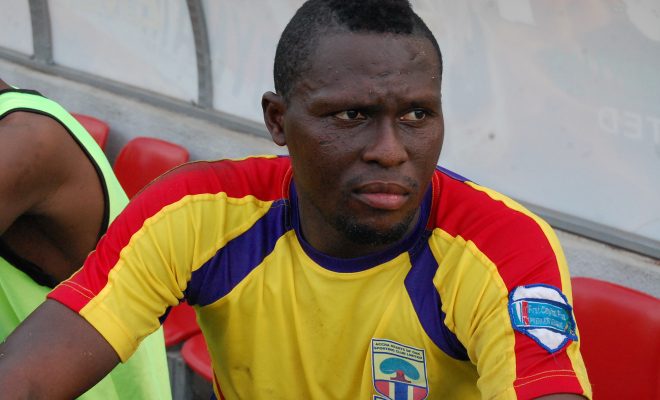 Photo credit: Football Made In Ghana

The 29-year-old was arrested on Sunday for allegedly assaulting a Police officer at the Accra Sports Stadium.

According to reports, the striker had gone to the stadium to watch his former team play against Aduana Stars when the incident occurred. This resulted in his arrest.

Making his first appearance before the court on Monday, the adjudicator denied the request for bail and remanded the footballer into Police custody for two weeks.

Gilbert Fiamenyo is currently unattached to any club after ending his stint with the Lebanese side, Al Nasr.