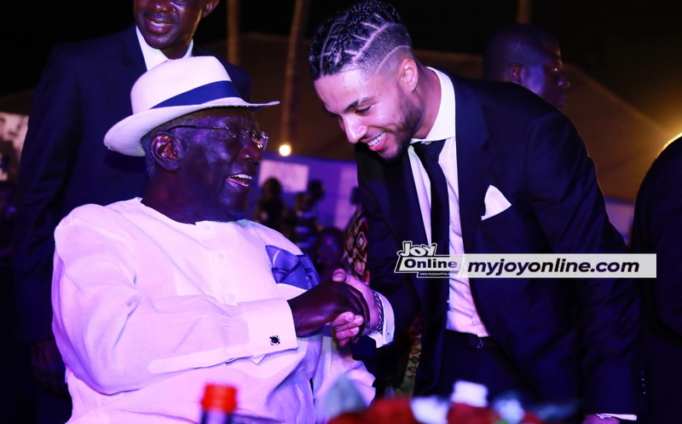 Former President John Agyekum Kufuor on Saturday threw his weight behind a fundraising program  organized by the Ghanaian international golfer, Danny List who owns a Foundation to solicit financial support for the construction of Ghana’s first ever Golf Academy in Accra.

Visibly fascinated by Danny List Foundation’s Golf Academy project, former President Kufuor praised the golf icon, adding that he was there to celebrate a very successful leader of sports who is already acknowledged as a leader of International Golf.

“So you can easily understand why I see leadership in him and this is what we should be celebrating” said former President Kufuor.

President Kufuor said Danny List’s ambition to set up a school for the youth should be lauded and supported.

He noted that the project will serve a worthy cause as it is going to help develop talents in golf to enable Ghana compete on the international stage.

He therefore called on corporate bodies and individuals to donate to support the project. The ex-President said it is not only the industry giants that should contribute.

“Every one should support with what he or she can afford to enable Danny List to realize his ambition to help others in that sport,” he noted

President Kufuor explained that his reason for personally adding his voice to appeal for support for Danny List is that at age 24, he already belongs to the world of golf. Thus if the appropriate support is given him to set up a school, by the time he turns 40 years, Danny List could become Africa’s Tiger woods.

In a welcome address, Danny List thanked his corporate sponsors and individuals for responding to his calls for sponsorship.

He said the project, when completed, will include a driving range that offers a variety of targets that will allow golfers to hone in on their precision with a golf club, as well as high quality golf balls to give accuracy, feedback to the player and other facilities that have not been seen in Ghana before.

Danny List said with the academy, there will be coaches to provide right training to relay information to the kids in the program so that they do not pick up on the wrong habits.

The night was used to present prizes to winners of the invitational tournament which was organized on Saturday morning as part of the fundraising activities.

Citation is in honour of your outstanding leadership and immense contribution to the governance and development of our beloved country, Ghana.

Under your presidency, Ghana witnessed the fastest growth in its history, attaining a middle income status by 2006, much earlier than the projected year of 2015 envisaged under the UN Millennium Development Goals and GDP reaching a record 8.4% between 2007 and 2008 even in the middle of the international financial and economic crisis.

You also introduced the health insurance scheme with free maternal care for pregnant women under which about 56% of the population was registered and instituted the Free School Feeding programme.

You initiated the provision of the Cape Coast Sports Stadium.

Under your leadership, Ghana qualified for the World Cup in 2006 for the first time in history.

Your receipt of the Chatham House prize for good leadership by Queen Elizabeth Il is a testament to your much admired leadership qualities. Ghana and indeed the whole world celebrates you. Ayekoo!

DISCLAIMER: The Views, Comments, Opinions, Contributions and Statements made by Readers and Contributors on this platform do not necessarily represent the views or policy of Multimedia Group Limited.
Tags:
Academy
Danny List
Golf