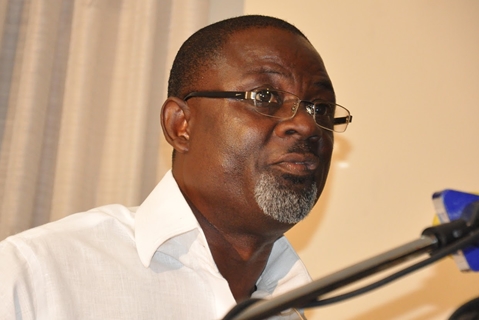 Executive Director of the Centre for Freedom and Accuracy, Mr Andrew Awuni, has denounced claims that First Rand did not get the nod for the acquisition of Merchant Bank because they were unwilling to service the latter's bad debt.

Mr Awuni says the Social Security and National Insurance Trust (SSNIT), who owned majority shares in Merchant Bank, lied when it said while Fortiz, the new owners of the bank, was willing to clear the bad loans, First Rand was not.

The sale of Merchant Bank to wholly-owned Ghanaian company, Fortiz Equity Fund, has come under severe criticism for what has widely been speculated to be a breach of procedure and a lack of transparency.

State pension fund manager, SSNIT, recently issued a statement explaining, among other things, that the deal with Fortiz went through because Fortiz was willing to immediately recover at least 30% of Merchant's debts, while they work clearing the remaining 70% subsequently.

But Mr. Awuni, who is currently in court contesting the Fortiz acquisition of Merchant, said on Metro TV's Good Evening Ghana on Tuesday that "First Rand wanted to treat the bad debt of Merchant Bank separately…so that it does not interfere with the first capital injection into Merchant Bank".

He added that under the circumstances, whatever capital First Rand injected into Merchant would have been swallowed by the bad debt, indicating that the South African bank made the right move.

"If it was true that Merchant bank had already taken care of the debt, and the debt is no longer part of the bank, then why are we discussing the debt?", he quizzed.

Mr Andrew Awuni believes SSNIT's deal with Fortiz is not value for money.

Furthermore, Mr Awuni does not think that Fortiz Equity Fund has the technical knowledge, experience, good financial status, to operate a bank, as stipulated in Ghana's Banking Law (Act 738).