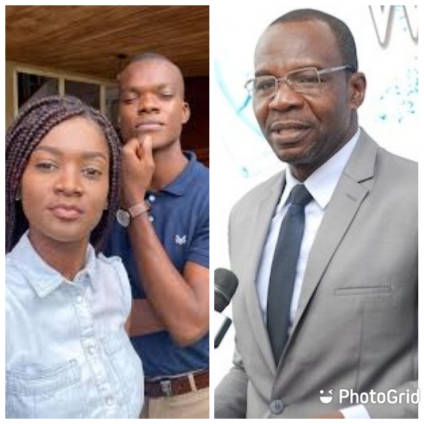 I have been very observant of life and its patterns. How some rich people could suddenly be without even what to eat and some poor people experience a quantum leap in their circumstances for the better, fascinates me.

For me, this underscores the expressions like, ‘time changes’, ‘no condition is permanent’ and ‘nothing is impossible with determination’. I have therefore been utilizing any avenue that preaches about life’s twists and turns and provides guidance on how to navigate them.

I never miss the opportunity to listen to Uncle Ebo White’s ‘Food for thought‘ on Mondays and Thursdays and I make it a point to catch ‘Message from the morning man‘ presented by Kojo Yankson every morning on Joy 99.7 FM before the 6:00 am news.

Pastor Mensah Otabil, Joel Olsten, Lawrence Tetteh and T.D. Jakes (Some say we look alike) are preachers I listen to for inspiration and motivation anytime I get the chance. I have also taken a keen interest in some very inspiring posts on Facebook, either from the Bible or from individuals who obviously think deeply.

One that piqued my interest recently, goes thus, “some people will never like you because your spirit irritates their demons- Denzel Washington.” Moral? You can’t have everyone liking you so live your life. Another one, which forms the basis of this article, is derived from Genesis 50:20– “As for you, what you intended against me for evil, God intended for good, in order to accomplish a day like this…”

The National Security operatives meant what they put Caleb Kudah through for torture, but God turned it into fame- an important boost in the career of the young Journalist. The name Caleb Kudah is arguably a household name now.

I know Caleb from another world. We did some gigs together. The young man is boisterous and has the desire to succeed at what he does. He continues to hone his emceeing skills even as he hosts his ‘back page’ programme on Citi TV. I dare say that in spite of engaging in these supposedly public activities, the number of Ghanaians who knew him before May 11, 2021 are negligible.

On this fateful day, that unfortunate incident that Caleb encountered, undoubtedly projected him into the limelight instantaneously. He “forayed” into fame, so to speak. Type his name in the Google browser and you will understand what I am talking about. I did and saw this- About 368,000 results (0.41 seconds).

If Caleb, like most TV personalities , has been nursing the desire to be famous like his boss and mentor Bernard Avle, this must be his eureka moment, albeit with a not- too- pleasant incident.

So it came to pass that in the afternoon of Tuesday May 11, news broke that Caleb who works with Omni Media, owners of Citi FM and Citi TV, had been arrested by National Security operatives. Details were sketchy initially.  Later in the evening, his boss and Director of Programmes, Bernard Avle, appeared on the ‘Good Evening Ghana’ programme on Metro TV during which he revealed that the basis for the arrest was that Caleb filmed abandoned vehicles on their premises without authorization and in spite of a “no photography” sign.

Upon the arrest, interrogation and alleged torture, the National Security operatives drove him to the premises of the radio station in what has been described in various terms like Rambo-style, Gestapo format etc., apparently to arrest Zoe Abu-Baidoo, a colleague he electronically transferred the shot footage to. The finer details were to emerge the following day May 12, when Bernard sat Caleb down on Citi TV and debriefed him of the happenings during his (Caleb’s) time with the operatives. Read him:

“I was slapped multiple times despite pleading to be released after I admitted to filming at their office.

One operative asked, ‘Which tribe is he?’ and another replied that ‘He is an Ewe’. There and then, I knew that if I confirmed it, my beatings would have doubled.

And for some reason I just said, I am from Cape Coast. Then one person amongst them said, ‘People from Cape Coast don’t do that [film at unauthorized places]’’.

That’s how Caleb recounted his ordeal to Bernard Avle. A traumatic experience, no doubt.

For the avoidance of doubt, I reproduce the aims and objectives of the Association which relate to the matter in issue:

• Protect and strengthen the rights of members

• Respect and defend freedom of expression, pluralism of the media and

members in the performance of their professional duties

• Strive to provide legal protection and moral support for members where

To enable the six-member Executive of GJA execute programmes and activities that will lead to the attainment of these objectives, the almost 700 members pay dues of GHC240 per person per annum.

Affectionately called Affail, Mr. Monney is what we refer to in media circles as a Senior Journalist with close to three decades of practice. With such level of experience, one would have thought that he has mastered the art of media interviews.

However, he very easily broke rule No.1- Speak only if you are well informed about the issue. At least that is what he cited in an apology that he issued subsequent to the faux pas that I will discuss presently.

So, as I was saying, JoyNews called him to ascertain his opinion on the unfortunate plight of Caleb Kudah as was being reported widely on both social and traditional media. This is what he had to say:

“Caleb erred, as far as our ethics is concerned. He clearly breached the ethics relative to Article 13 of our own Code of Ethics which specifies that journalists should take pictures through fair, straight forward and honest means unless tampered by national interest. His interest here is not so clear. From the face of it, we believe he erred.”

Note the use of the pronoun, WE, because I will return to it on another day.

He further explained to Emefa Apawu that the actions of Mr Kudah flouted the law of the land that bans video coverage of security installations.

The comments were made on Top Story at about 5:40pm on Wednesday May 13, so all Journalists went to bed chewing on what our father had said. Unbeknown to us, other stakeholders were boiling with rage over our President’s comments.

Day broke and the reactions started pouring in. Affail had failed his members and other stakeholders.  Alliance for Social Equity and Public Accountability (ASEPA), OccupyGhana, Ghana Independent Broadcasters Association (GIBA) and the Private Newspaper Printers Association of Ghana (PRINPAG) among others reacted to the unfortunate remarks of Mr. Monney. They were unanimous in their condemnation of Mr. Monney’s comments and demanded that he apologized. In fact, they stopped short of saying to him, Shame!!! as we do in Ghanaian circles when someone embarrasses him or herself.

By Friday, May 14, Affail seemed to have had enough of the barrage of criticisms. He may have remembered his Public Relations Skills whilst reflecting. So he called a Press Conference and apologized profusely, in his usual flowery language, as follows:

“On Wednesday, May 12, 2021, around 5:40 pm, I granted an interview at Kumasi Airport to Joy FM. Admittedly, the information I had was sketchy. So I reluctantly went ahead to speak to the issue. I began by instinctively and profoundly expressing my tenderest solicitude to and fullest solidarity with, the two Journalists. Indeed, I faulted Caleb, whom I thought was “openly“ filming a video at the Ministry of National Security before his arrest.

I, however, added pointedly that the alleged ethical breach did not justify the inordinate use of force and intimidatory tactics against the poor Journalists. I roundly condemned the “massive” invasion of Citi FM premises by security operatives to scale up the degree of intimidation against the entire staff and management. I again said that the response by these security operatives was totally out of proportion to the so-called offence by Caleb. It clearly violated the law of proportionality.

The intrinsic value and inherent dignity of the two as human beings were blatantly violated. Their freedom as Journalists, too, was scandalously abused. The misbehaviour of the National Security operatives can exert a significant chilling effect on the media landscape as a whole. This must stop.

As a student of leadership, I have learned that a leader is not afraid to change course when confronted with fresh information which challenges his earlier assumptions. As I indicated, the information I had before the interview was scanty. What is available now is sufficient, as legal luminaries, distinguished ethicists and social critics slice and dice the issue from all angles.

I, therefore, render my sincerest apology for any misimpression created that I was insensitive to the plight of the Journalists but excited about the excesses by the National Security operatives. Indeed, those excesses pass for wickedness at its most naked nastiness. And I totally denounce them,” a sober Mr. Monney stated.

That is how in my opinion, Affail slipped into shame.

Nevertheless, I am a firm believer in this other quote that I saw, once again, on Facebook- “apology is a lovely perfume, it can transform the clumsiest moment into a gracious gift- Margaret Lee Runbeck.”

Thus, I said to myself, this man got it right this time. But I was wrong. That’s because I realize that there is another quote- “when trust is broken, apology means nothing- Aneena Biju.”

The truth in this quote is evidenced by the fact that despite the apology, ASEPA actually called for his resignation failing which he should be dismissed.

In a statement issued Friday, May 14, ASEPA described the apology as a mere afterthought and not borne out of any goodwill to promote the interest of Journalists in the Country.

“We reject his apology out rightly and use this opportunity to intensify our call for his removal from office immediately. It is time for him to bow out for the GJA to undertake proper reforms that would promote the interests of Journalists in the Country,” ASEPA reiterated.

Speaking on JoyNews’ ‘Ghana Connect’ Friday, May 15, the award-winning Journalist stated that he decided to withdraw his membership of the GJA due to failure of President Affail Monney to fight for the interests of its members.

Mr Azure Awuni said over the years, the GJA President has failed to fight for Journalists as required. He cited various instances to support his claim. He said for instance that when he scuttled a fraudulent deal that was to be awarded to the JOSPONG Group of companies, Mr. Monney condemned him.

“In 2017, I did an investigation that led to the cancellation of a $74 million fraudulent contract to supply waste bins awarded to the JOSPONG Group. Affail Monney issued a press statement condemning me for attacking profitable local businesses without stating any Journalistic Ethic that I flouted,” an audibly pained Manasseh stated.

So dear reader, there you have it. That is how Caleb ‘Forayed’ into Fame whilst Affail Monney Slipped to Shame.

As a Journalist and a firm proponent of apology, because Affail apologized, I have forgiven him. As to whether he should resign, I leave it to his conscience.

I hope other leaders have learnt from his experience.