From Eric’s Diary: ‘The system is down’ and Bawumia’s digitalisation agenda 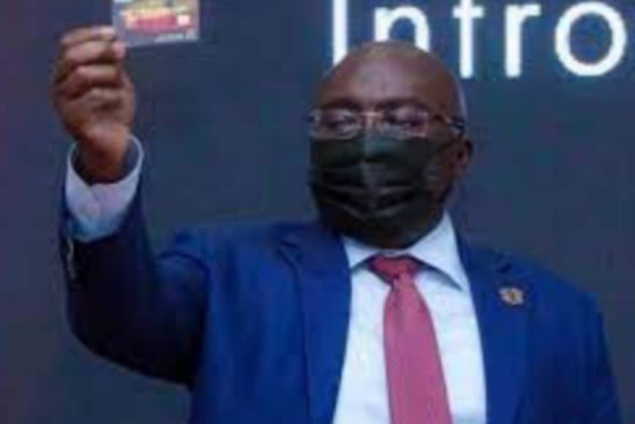 Instead of empathy, all I got from my friends and family as response on that social media outlet were emojis of laughter and smiles. The message I got from that reaction was the fact that ‘it is normal’. Since then, this occurrence has recurred once in a while, in which instances I glossed over the inconvenience caused me. After all, it is the norm.

However, the recent interruption of the prepayment vending service by the Electricity Company of Ghana (ECG) and the inconvenience it caused to customers gave meaning to my concerns. That singular incident may have been caused by hacking. However, since then I have been met with unusual human traffic at my usual ECG vending point.

This time around, the long queue is caused by a variant of system failure- ‘the system is slow’. The main difference is that while one can wait for a while for the system to quicken up in the case of the latter, the only option when it comes to ‘the system is down’, is to leave.

Actually, service providers that use internet-based systems to issue receipts- Banks, malls and Pharmacies- still experience the phenomenon of ‘the system is down’ intermittently. It is definitely not a laughing matter.

The Ghana Digital Innovation Week and what I learned

So, when I heard that this year’s Ghana Digital Innovation Week (GDIW) would be held from 26th to 28th October, 2022, I saved the date and made a date.

While there, I got to know that GDIW is convened by His Excellency the Vice-President of Ghana, Dr. Mahamudu Bawumia and other key ecosystem actors and enablers. Obviously, this is in furtherance of the Vice President’s digitalisation agenda which includes making the Ghana card an all purpose card.

I got to know that the objectives of the 2022 GDIW were:

At the Grand Arena of the Accra International Conference Centre, otherwise known as the ‘Pink Lady’, I saw an exhibition fair and concurrent sessions on various topics.  One session drew my attention. It was the topic that did the trick- “Co-creating strategies and policies for Ghana’s context.” I sat through the session and took away a few lessons, leaflets, brochures and newsletters that were provided by the organizers.

Later, while reflecting on the discussions that I listened to, it dawned on me that we, as a country, are taking a huge risk by the fast pace at which we are adopting the concept of digitalisation. Especially so, when we are recommending e-healthcare and recently, online pharmacy.

Shopping, ordering food and transport online seem to be booming business and the services smooth from afar. However, the key players involved will tell you that all that glitters is not gold. I have heard people soliloquize about their challenges with ordering a Bolt ride. I have also seen a Bolt driver’s phone taking forever to show the fare to a passenger upon arrival at the final destination. There are times when one wants to transfer cash urgently to someone, instead ‘the system’ will display ‘Connection’ problem try as one does.

As for the usual ‘the customer you are calling cannot be reached, the mobile equipment is either switched off or out of coverage area’ when the person is right by you with the phone on, cannot go without mention.

Against this background, some of the lessons that I learned at the GIDW 2022, have put fear in me. For instance, I got to know from some of the discussants that ‘internet service is Accra and Accra is internet service’. They explained that there is a huge disparity in ICT infrastructure development between the rural and urban areas which makes access to digital technology generally difficult for our compatriots in remote areas.

They also pointed to the prohibitive cost in acquiring ICT equipment and surmised that it further worsens the challenge of inadequate IT infrastructure in the country. Again, like anything else, all Internet Service Providers (ISPs) are located in Accra and Kumasi. The level of collaboration among stakeholders in the industry is said to leave much to be desired. When it comes to willingness to share infrastructure, the least said about it the better. This situation, I heard, has led to access to internet service being limited to Accra, Kumasi and to some extent Takoradi.

Even these areas, you and I know that the quality of the internet service is nothing to write home about. That buffering sign is the order of the day. Especially, as one moves away from central Accra towards its outskirts to areas such as Tuba. I had an interesting experience with the Mifi that I use recently. Everything was fine working remotely until I branched off from the main Kasoa road. Then the buffering started.

Limited access to ICT devices was also identified as a key challenge. The concern is that, apart from Accra, some devices such as 3D infrastructure and laser cutting machines are not easily accessible. They also expressed concern about the capacity of teachers of ICT. This incapacity is said to have resulted in poor methodology in imparting the seeming half-baked knowledge to learners.

An instance was cited whereby a final year ICT student of a technical university went looking for a computer to write codes during his final examination. It turned out that all that while, the tertiary level student had been writing codes using pen and paper.  Worst still, the ICT teachers were accused of using outdated curricular and making students learn that practical subject by rote.

Indeed, I was alarmed by these revelations. So I decided to read some of the leaflets I took away. Sadly, my fears were confirmed. In its 2020 newsletter, the Ministry of Communication and digitalisation has this information – “Ghanaians have not yet fully adopted ICT in their daily lives or in business operations. While mobile phone penetration is high, the phones are used primarily for voice communications. In spite of the recent significant increase of Internet bandwidth and a huge fall in prices of devices as well as usage charges, Internet users in Ghana are still less than 10 percent of the total population, and mobile broadband usage is extremely low (1.7 percent in 2011).”

Is there any hope?

As is usually done at these fora, when it was time to proffer solutions, the challenges were rephrased into solutions. So for a challenge such as, lack of ICT infrastructure, the proposed solution is, invest in ICT infrastructure. But if that is the only way out, why not?

And it seems to me that investing in ICT infrastructure is something we have to pay serious attention to going forward. Otherwise, we may find ourselves in a tight corner. The focus should not be on the golden triangle – Accra, Takoradi and Kumasi. The quality of internet service is another issue that requires improvement. I guess investment in infrastructure will help in this regard.

This is critical because we have been exposed to zoom meetings and we have bought into it. Its cost-saving and convenient nature have made it the first point of call for meetings, especially of large groups, these days. Nonetheless, I dislike zoom meetings with a passion. My main reason is that poor internet connectivity during such meetings have never made me enjoy any of those sessions. Due to erratic connection, you miss important parts of the discussion. Even while you are connected, contributions of some participants get missed because they are either inaudible or their statements are interfered by some strange sound. All because of poor internet service.

Our banks have introduced apps to ensure convenience in transacting business with them. But poor internet connection makes such endeavours very inconveniencing. That is why I shudder to imagine a scenario whereby someone banks his or her hope on ordering a life-saving drug through an app within a specified duration and the system decides to go down.

But there is hope because available information shows that international mobile phone providers and internet companies such as Google are getting involved in the expansion of digital infrastructure. The project has seen more than 840km of fiber optic cable laid in the Ghanaian cities of Accra, Tema, and Kumasi.

Clearly, Vice President Dr. Mahamudu Bawumia’s digitalisation agenda has good motive. That is to keep us in tune with globalization. For this to be possible, there is work to be done.

Interestingly, I also found that Ghana’s situation is not peculiar within the African context.  There is a think tank called African Center for Economic Transformation (ACET). It specializes in conducting research on various issues affecting the African continent and shares the outcome with Africa’s leaders.

In one of its reports titled 2022 Africa Transformation report- Integrating to Reform, ACET revealed that sub-Saharan Africa had 477 million subscribers to mobile services and 272 million mobile internet users in 2020. The report further revealed that while there have been high profile successes in some countries- mostly related to mobile money- Africa’s fragmented digital markets suffer from high taxes, expensive licenses and regulatory gaps that permit excessive market concentration, limited competition and the world’s highest data prices.

To turn things around, I guess we have to re-phrase all the challenges alluded to above into solutions. After that, we must commit resources to actualise the solutions. Otherwise, the system will be down when we need it most.  I only pray that it will not happen when there is a life involved.

PS: I hear Dr. Bawumia was subjected to booing at the Hogbetsotso festival on Saturday. The booing incidents are becoming too many and embarrassing for our leaders. The lesson to our political class though, is that the people are very disappointed.

But I blame the one who wrote the speech for Dr. Bawumia and his communication specialists. Why would you ask him to talk about Free SHS and TVET at a festival?. This was a good opportunity to fill the so-called emptiness in President Akufo-Addo’s speech with practical examples of how government intends to turn the economy around. If there are Volta Region specific initiatives, you highlight them.

Better still, you focus on the relevance of the festival to national development and commend the chiefs and people for the celebrations. Hmm! Now I understand why someone remarked the other day that Dr. Bawumia seems to be in campaign mode in perpetuity.

Let God lead. Follow Him directly, not through any human.

DISCLAIMER: The Views, Comments, Opinions, Contributions and Statements made by Readers and Contributors on this platform do not necessarily represent the views or policy of Multimedia Group Limited.
Tags:
Digitalisation agenda
Dr. Bawumia