Fuel prices can easily be reduced to ₵6; it depends on government – Senyo Hosi 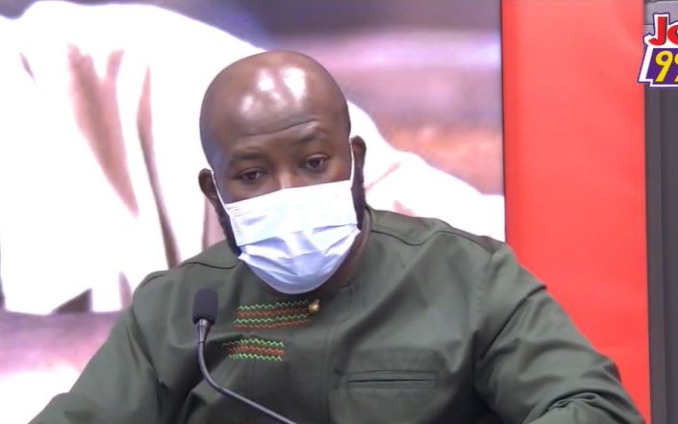 CEO of the Ghana Chamber of Bulk Oil Distributors (CBOD), Senyo Hosi has stated that fuel prices can be reduced to GH₵6.00 per litre.

He noted, however, that this largely depends on urgent decisions government needs to take.

“There are a number of things that don’t need to be there. The BOST margin for instance. [Also] our transportation margins are overpriced. We can easily get our price back to below 6 cedis or just at 6 cedis if we want. But these are decisions government needs to take,” he said.

Speaking on NewsFile on Saturday, December 11, 2021, Mr. Hosi, added that there would be lower fuel prices if government considers directing the Bank of Ghana to dedicate its Foreign Exchange supply to the oil sector.

He also mentioned that rationislisng our taxes could be a game-changer.

“Those pricing petrol today will be doing that with a Foreign Exchange (FX) rate of about 6.6 or 6.5 but the Bank of Ghana releases FX to the country from time to time at a rate of about 5.9 thereabouts. If government takes a policy that oil has a cascading impact on all products and the general economic life so it is directing the Bank of Ghana to dedicate its FX supply to the oil sector, we’ll be able to reduce petroleum prices from 6.7 to about 6.2,” he said.

In addition, “we need to relook our taxes and see how we optimise it.” According to him, taxes and regulatory margin on fuel account for 2.27 on every litre.

Giving a breakdown of this figure he said 1.74 pesewas goes to tax while the remaining figure goes to the regulatory margin, which is coordinated by the National Petroleum Authority (NPA) and some government agencies.

He suggested that the BOST margin on petroleum prices, for instance, needs to be scrapped.

This follows the sit-down strike embarked on by drivers on December 6, 2021, and the events that followed.

The Coalition of Commercial Transport Owners withdrew its services to protest the continued existence of some taxes on fuel products which has resulted high prices at the pumps.

This left many commuters who use their services to and from their various destinations stranded. They later suspended the strike after a meeting with the government.

Later that evening, the Head of Communications at the GPRTU, Abbas Imoro stated on JoyNews’ PM Express that after a crunch meeting between government and transport operators, the government had directed GOIL to reduce its prices to provide some relief to commercial drivers.

He added that the government also committed to reviewing taxes on fuel in the 2022 mid-year budget.

However, GOIL in a press release said claims of government interference in its decision to reduce fuel prices is false and unfounded.

According to GOIL, the reduction of its prices is an internal decision and had no external influence from government.

DISCLAIMER: The Views, Comments, Opinions, Contributions and Statements made by Readers and Contributors on this platform do not necessarily represent the views or policy of Multimedia Group Limited.
Tags:
BOST
CBOD
Fuel Prices
Senyo Hosi