Full facts: The State’s case against ACP Agordzo and 9 others 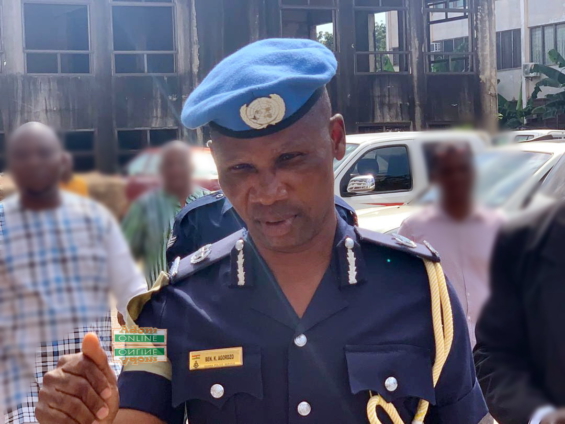 Embattled Assistant Commissioner of Police (ACP), Dr Agordzo and nine others have been charged with the highest crime of the land, high treason.

Dr Frederick Mac Palm is a Medical Doctor and the director of the Citadel Hospital located at Alajo.

Donya Kafui is the second accused person. He is a blacksmith

Johannes Zikpe, the fourth accused person is a civilian employee of the Ghana Armed Forces.

The alleged plan to capture installations

Attorney General Godfred Yeboah Dame says the security agencies sometime in June 2018 picked up information regarding the activities of some group of persons planning to overthrow the constitutionally elected government of Ghana.

Surveillance he says, was mounted on the activities and it came to light that they held many meetings. Issues discussed at these meetings according to Mr Dame included recruitment of more soldiers for the plot, acquisition of weapons and bullet proof gears, development of sketch maps of key installations and facilities of the state to be attacked during the takeover.

They are also alleged to have discussed the procurement of electronic jamming devices and vehicles that would enable them take over the National Communications Authority (NCA) and jam all radio stations except for the Ghana Broadcasting Corporation where they intended to broadcast their successful overthrow of the government.

Dr Mac Palm, Donya Kafui, Bright Alan Debrahand a witness in the case are alleged to have had discussions on how to capture the President of the Republic and some key individuals. They were to force the President once he was captured to announce his overthrow amid talks on whether or not to kill him.

Johannes Zikpe, who works with the Ghana Armed Forces Signal Unit recruited Col Samuel Kojo Gameli to support and aid in the procurement of the jamming equipment. Donya Kafui is said to have been tasked by Dr Mac Palm to manufacture explosives and pistols.

The X-Ray laboratory of the Citadel Hospital according to the state became the weapons manufacturing shop. The AG says Dr. Mac-Palm was not impressed with the quantity of production and requested the services of a weapons mechanic at the Base Workshop of the Armed forces. This individual according to the state was not impressed and turned down the request.

Investigations by the state revealed the Dr. Mac-Palm and Bright Alan Debrah are members of a Non-Governmental Organization (NGO), a group with the unofficial mission of “being an un-traditional civil revolutionary movement intending to galvanize and mobilise the masses in an unprecedented civil uprising that will force for a constitution to shut the current government including parliament and the executive branch at the Flagstaff House”.

ACP Agordzor is accused of donating an amount of ¢2,000 to support the group’s demonstrations in “the form and likeness of the Arab spring” to bring down the government.

Some of the accused persons are alleged to have engaged in a test firing of the produced weapons at the military shooting range at Teshie.

They were arrested and a search undertaken at the Citadel Hospital. Investigators say they have seized items include Improvised Explosive Devices, locally manufactured pistols, several rounds of ammunitions, three hand smoke grenades among others.

The accused have all pleaded not guilty to the charges of Conspiracy to commit High Treason, High treason and abetment of High treason.

DISCLAIMER: The Views, Comments, Opinions, Contributions and Statements made by Readers and Contributors on this platform do not necessarily represent the views or policy of Multimedia Group Limited.
Tags:
ACP Agordzo
Coup plot
Dr Mac Palm
Treason