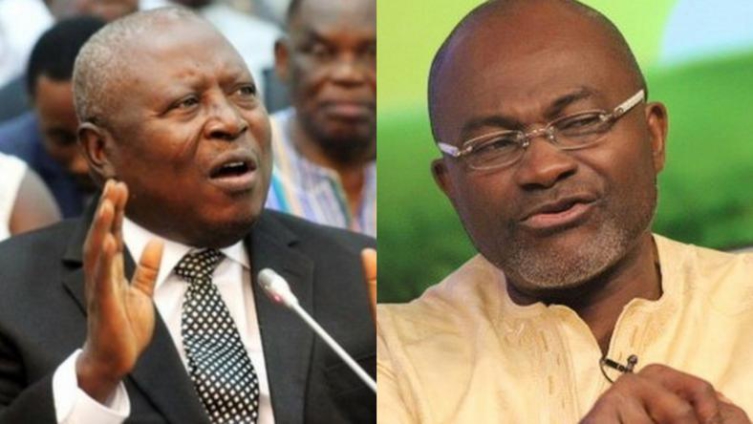 The concerted efforts led by the President of Ghana and his Government to discredit my integrity for producing a professional report on the analysis of the risk of the prevention of corruption and anti-corruption assessment is bound to fail because the Ghanaian of 2020 is not the Ghanaian of 2016 who believed the mere rhetoric of fighting corruption.

The attempt to divert attention from the serious suspected breaches of corruption and corruption-related laws disclosed in the anti-corruption assessment contained in the Agyapa report by making false and frivolous allegations against my person will fail because truth shall always triumph over falsehood.

I have never had any reason or occasion to visit Germany throughout my life let alone to visit any medical facility on health grounds. The records of my travels which are available to the lying Kennedy Agyapong’s Government can be checked and the German Embassy contacted whether I have throughout my life made an application for a visa or visited Germany.

I was, therefore, shocked when my attention was called by a reporter from Citi FM to one of the usual false allegations typical of the unstable Kennedy Agyapong published on Ghana Web today 19th November 2020.

The irredeemable liar par excellence against anybody Ghanaian of integrity who dares to perform his official function to the dissatisfaction of his Government was reported to have spoken on his “Seat Show” on his Net 2 TV on Wednesday night daring me to bring my medical records from  Germany to determine whether I am normal.

The unrepentant liar attributed to my son, Mahama Ayariga, whom I was painfully compelled to investigate in the cause of duty in my former position as the Special Prosecutor the falsehood that:

“Ayariga was going to take him on to produce his medical records and explain why he went to Germany [but] Mahama told him to stop. ‘Don’t raise this question at the appointments committee’.”

The Citi FM reporter wanted to know the truth about the reportage and I agreed to grant him an immediate interview recorded by both of us on the condition that it will be used at the midday news at 12 pm.

Somehow, Citi FM refused to air the interview apparently because of interference from the Government which got wind of the interview from a friend.

The simultaneously recorded interview which is in my possession is attached to this statement for the public to be informed of the threat to my life just for performing my professional duty when I was the Special Prosecutor. Ghana First!

DISCLAIMER: The Views, Comments, Opinions, Contributions and Statements made by Readers and Contributors on this platform do not necessarily represent the views or policy of Multimedia Group Limited.
Tags:
Health records
Kennedy Agyapong
Martin Amidu