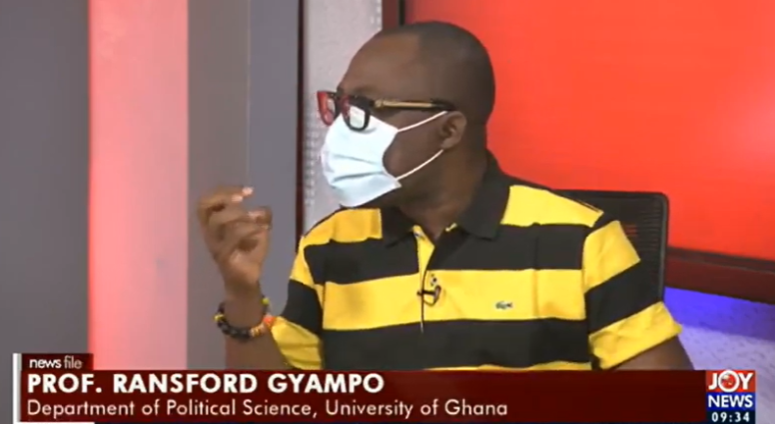 Political Scientist, Prof Ransford Gyampo, has urged the Electoral Commission (EC) to be transparent in its approach to ensuring the credibility of future elections.

He stated that it will always be difficult to address electoral challenges aggressively if the EC highlights only its achievements and ignores the challenges that erupt during any elections.

The political scientist said it is high time the Commission listened to major electoral stakeholders and did the needful.

This came as the 2020 flagbearer of the National Democratic Congress (NDC), John Mahama, claimed that the recent elections were replete with many errors and irregularities.

Mr Mahama described the 2020 presidential and parliamentary elections as one of the worst the country has had, citing issues of fake ballot boxes that were printed.

On Monday, October 25, the Electoral Commission dismissed all the allegations and rated the exercise as one of the best.

But the academic believes the position taken by the EC will make the proposed electoral reforms impossible.

“If you conducted election and there were clearly challenges, but you refuse to admit these challenges, then the future of electoral reforms would remain bleak.

“We have reformed our electoral processes from 1993 up till the period before the conduct of the 2020 elections.”

He added, “we’ve done so many things just to fine-tune our electoral processes so that we are able to deliver electoral results that will be acceptable by all.”

“If we get to a certain effort in our electoral politics and our election administration and then you have leaders or heads of the election management body only singing praises on themselves, then how do we tackle some of the challenges that got unearthed during the just-ended elections?” he quizzed.

The outspoken lecturer underscored that if the public loses trust in the electoral process, it will create a breeding ground for chaos.

“If these challenges are not seen, and stakeholders do not move towards addressing them, then it makes the future of electoral reforms bleak and then people who feel that these challenges have not been addressed would raise suspicions.

“[At the least provocation], they would want to incite chaos on the system, and I think that this is not good,” he posited.