GCR affirms Ecobank Ghana ratings: A+ in long term and A1 in the short term with a positive outlook 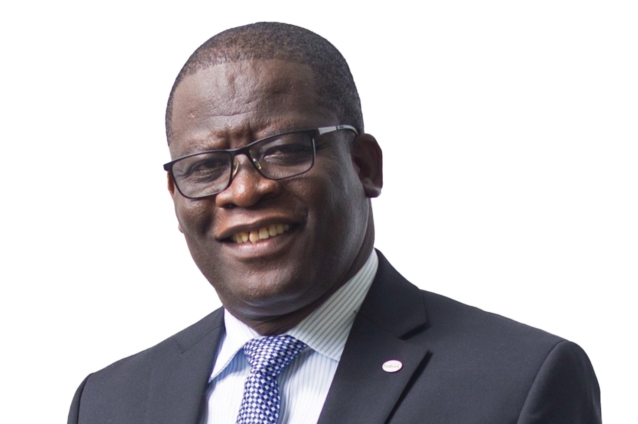 Dan Sackey is the Managing Director of Ecobank Ghana

GCR Ratings (“GCR”) on August 25, 2022, affirmed its strong rating of Ecobank Ghana – long and short-term issuer ratings of A+(GH) and A1(GH) respectively, with a positive outlook.

The Rating agency also extended the rating to September 30, 2022.

In a report published on its website, the GCR stated that: “The ratings on Ecobank Ghana PLC (“Ecobank Ghana”) reflect a strong business profile supported by leading market shares, stable funding sources and good levels of liquidity.

The ratings also factor in improving capitalisation and increasing asset quality risk. The competitive positioning of the bank is a relative strength to the rating, benefiting from its well-established franchise and leading domestic position as a top tier financial institution”.

The report continues that “Ecobank Ghana is one of the leading digital banks in Ghana leveraging on Ecobank Transnational Incorporated’s (ETI’s) extensive digital strategy innovations. As such, we consider the bank to be adequately equipped to deal with the ramifications of COVID-19 from a business continuity level.

“Ecobank Ghana is adequately capitalized. We think the COVID-19 pandemic has not had as severe an impact on the bank’s earnings when compared to domestic peers, and we believe the bank’s forward-looking earnings capacity is still good and will support future capital generative capability”.

It is instructive that over the past couple of years, the bank has taken major, deliberate steps to diversify its risks by widening the scope of its borrowing customers and this has resulted in better than market average – and still improving – loan quality ratios.

On Funding and Liquidity, the GCR Ratings indicate that “The bank’s funding is considered stable, with customer deposits making up 94% of the group’s funding base.  Though deposits are predominantly demanded deposits, they have historically been sticky”.

On the Bank’s parent company, GCR indicates that “Although not a material asset or revenue contributor, there is evidence of integration and technical support from the parent”.

The bank’s other shareholders are the Social Security and National Insurance Trust (16.21%), and the remaining shareholders own less than 2%.

The GCR Ratings on its outlook indicated that it expects that Ecobank Ghana’s financial profile would continue to be resilient despite the strains in the operating environment and that the bank will outperform the market in terms of earnings over the rating horizon.

Ecobank’s previous rating history from 2013 to date has been very strong and reflects the strong capitalisation levels of the Bank.

Importantly, in line with prudence, the sharp depreciation of the cedi in recent months has persuaded Ecobank to shore up its net foreign assets, including liquid foreign currency holdings as a buffer against any worsening of the overall forex shortfall that afflicted Ghana’s local forex market in the first half of 2022

Unlike the Fitch ratings which tends to cap the ratings based on the ratings assigned to the country, the GCR rating is based primarily on the Bank, highlighting its strength, financial performance, sustainability, and income generating capability.

It will be recalled the Fitch Ratings downgraded all Banks in Ghana rated by Fitch following the country’s downgrade.

This approach has been called into question, considering that in Ghana, for instance, even some state institutions, such as COCOBOD can borrow on better terms than the sovereign government that owns and controls them.

While Fitch is more renowned globally due to the sheer number of institutions it rates, GCR is widely regarded as the specialist ratings agency with regards to institutions in Africa, Ghana inclusive.

GCR Ratings’ next rating of Ecobank Ghana is due at the end of September 2022.

DISCLAIMER: The Views, Comments, Opinions, Contributions and Statements made by Readers and Contributors on this platform do not necessarily represent the views or policy of Multimedia Group Limited.
Tags:
Ecobank Ghana PLC
GCR Ratings