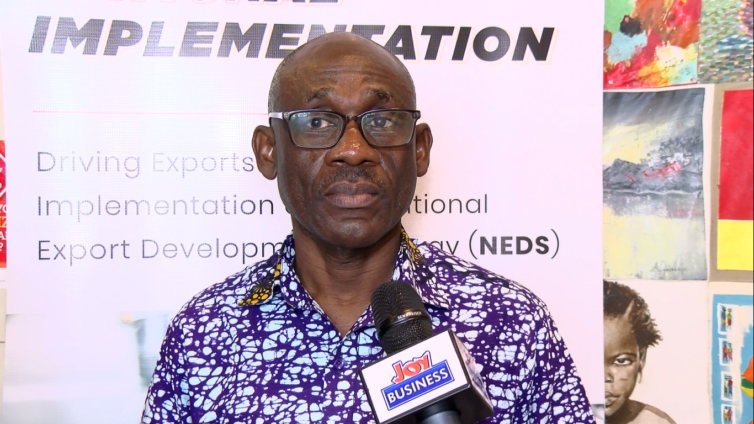 According to the Director of Projects, Alexander Dzadawa, the authority is on course to achieving this target announced in 2020, as part of a 10 year strategic plan to boost Ghana’s export revenue by 2029.

Though domestic export revenue recorded for 2021 was $3.3 billion, he explained that the 2021’s revenue figure is an improvement on the  2020’s total export revenue of $2.8 billion.

Speaking at a capacity enhancement programme to sensitise local businesses on Ghana’s export strategy and requirements, Mr. Dzadawa admitted that more will have to be done by supporting local producers to scale up and produce to meet demand.

He further noted that if the country is able to build the capacity of local businesses and guide these producers in producing, according to required standards, the target can be met, adding, with the sighting of the African Continental Free Trade Area (AfCFTA) Secretariat in Accra, the country is poised to scale up local production and increase exports.

“It is ambitious but being ambitious is good. You need to be ambitious to meet the target. It’s doable. The baseline revenue was $2.8 billion in 2020. The authority alone cannot do it, but if we put in a lot of effort and we work together, we can achieve it. It’s a 10-year strategy launched in 2020 and we have since experienced an increase in the country’s Non-Traditional Export revenue.

On the slow pace of progress and whether the authority can achieve its target, Mr. Dadzawa stated that per the structures and strategies, the authority has put in place, he believes this year’s target of $4.2 billion will be met and same for subsequent years.

“We believe that we are on course, just that we need a lot more effort. When we do our analysis we need to grow exponentially, but with all structures and strategies in place, we will be able to achieve this. By the end of 2022, we expect to meet the export revenue target of $4.2 billion nd we continue from there.”

The capacity enhancement programme being organised by the authority is being held on district basis to enable the authority to tailor support various SMEs to enhance production.

The pilot programme was held in Koforidua in the Eastern region last month and has since continued in other parts of the country.

DISCLAIMER: The Views, Comments, Opinions, Contributions and Statements made by Readers and Contributors on this platform do not necessarily represent the views or policy of Multimedia Group Limited.
Tags:
Alexander Dzadawa
GEPA
NTEs