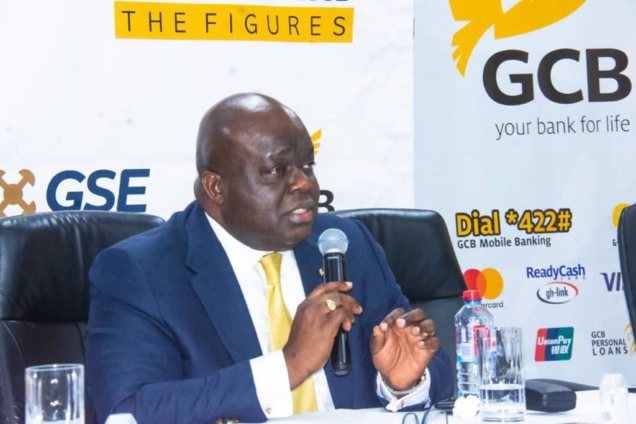 GCB Bank has now overtaken Stanbic Bank with significant investments on the Ghana Stock Exchange Fixed Income Market (GFIM) in the first half of this year.

The second biggest bank in the country held 16.74% of the debt market, after acquiring ¢3.7 billion worth of debt instruments.

The indigenous bank traded more volumes of debt instruments than any of the 23 banks.

Stanbic Bank decreased its holdings in the Government of Ghana securities to 13.41%, from about 20% at the beginning of the year. Its investments in government bonds stood at ¢3.5 billion.

Together, they controlled 34.1% of the Ghana Fixed Income Market.

From the trading results, one could tell that some of the banks have reduced their holdings in the largely risk-free instruments, whilst others increased their stake.

Agricultural Development Bank, National Investment Bank and Omni BSIC which in the past did not have investments in the debt market now have invested some of their deposits in the fixed income market. Their percentage shares were 0.01%, 0.45% and 0.29% respectively.

According to the Bank of Ghana’s May 2022 Monetary Policy Report, banks’ investment portfolio as of the end of April 2022 remained in favour of long-term debt instruments, a response to higher interest rates on the long-term instruments compared to rates on money market instruments.

The share of short-term bills in total investments, however, declined to 21.3%, from 28.1% during the same comparative period.

The share of bills may, however, increase as banks move to the shorter end of the market to take advantage of the increased yields in that segment of the market following the recent hikes in the Monetary Policy Rate (MPR).