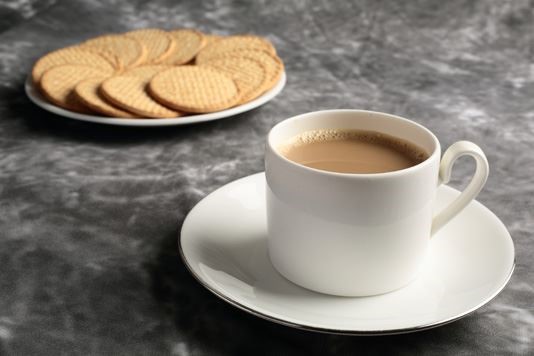 The British high Commissioner to Ghana, Harriet Thompson has cited cost of refreshment as something that the government of Ghana may want to consider to reduce public expenditure.

According to her, “it is an important place to start” with cutting down government expenditure.

Mrs. Thompson said this in a yet to be aired interview on JoyNews’ The Probe on Sunday.

She said her views have been made known government officials during her interactions with them.

“One of the things that I talk to them about is my own experience as a UK civil servant. Over the years since I started, we have gradually seen the budget being tightened. And it’s quite at low levels. For example no more free coffee and tea for civil servants, no more biscuits in meetings for civil servants.”

She noted that although such measures may be protested by the beneficiaries, they send the right signal to the tax payer that the managers of the economy have them at heart.

“Nobody expects that, that should be provided. People think very hard about how tax payer’s money is spent in an appropriate way. And for me as a British civil the tax payer shouldn’t be buying my coffee and tea.”

The issue of government expenditure has recently come under discussion. As a show of concern, government cut down the salaries of its appointees by 30%. The 2022 midyear budget also made significant cuts in expenditure.

The UK High Commissioner emphasised that although she cannot say for a fact that the government of Ghana provides free coffee and tea to civil servants, such gestures, where necessary show concern for the plight of the tax payer in these trying times.

“I am not saying that the government of Ghana is providing free coffee and tea for civil servants. I am saying that really looking at the cost of government, it is an important place to start. Because people need to say that we are in this together, and that the pain that is undoubtedly going to remain for a while as the world comes through these challenges, we need to be sharing that plight,” she explained.

DISCLAIMER: The Views, Comments, Opinions, Contributions and Statements made by Readers and Contributors on this platform do not necessarily represent the views or policy of Multimedia Group Limited.
Tags:
Coffee and biscuits in meetings
Government of Ghana
UK High Commissioner to Ghana