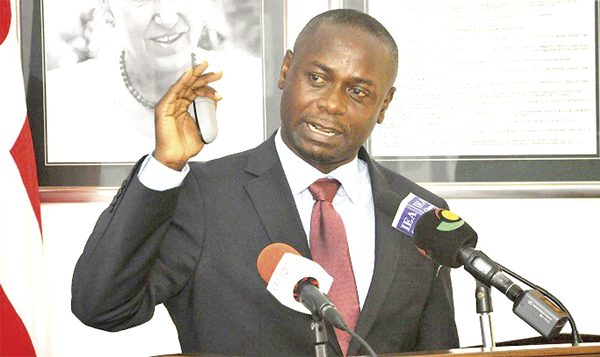 Associate Professor of Economics and Dean of International Programmes at the University of Ghana, Legon, is optimistic the government has what it takes to repay its loans.

Speaking on Joy FM’s Top Story, Professor Eric Osei-Assigbey, admitted that Ghana’s risk of not being able to repay its debts is on the rise, however, the current situation is no cause for alarm with regards to the ability to settle its debts.

“There is a high risk with regard to our capacity to repay our debts because it has been increasing. We have recorded about 53 per cent of our tax revenue in paying debts. So there is a risk to that. But I don’t think that we are there yet.

“We are in a high-risk debt distress but the country still demonstrates a high capacity to repay its loans, as IMF puts it recently, that the debt situation, although is high, it is manageable and also has shown a great capacity to repay the loans,” he said on Monday, July 26.

According to him, the recent challenge is not peculiar to Ghana as the Covid-19 pandemic has had adverse effects on the global economy.

Nonetheless, he revealed that several circumstances such as the financial sector cleanup, the contingent liability that Ghana recorded in the energy sector and the legacy debts, have worsened the country’s current position.

“The payment as it stands now, I don’t think we have defaulted in any way and so we have to manage our debts. It is growing, it is a concern, all Ghanaians, research institutes and regional bodies have expressed concern, but it is not unique to Ghana.

“We all know the shock Covid-19 brought to the world. Before then, this country too has gone through some shocks. We have gone through the Energy shock, the off-budget financing of energy, the contingent liability that we recorded in the energy sector, the legacy debts. We have seen the financial sector cleanup, which also recorded substantial debt being aggravated by the Covid-19 shock, which had a very severe impact on the economy.

“So putting the three together, it is not too surprising that we have had a very huge debt overhung at this time,” he submitted.

His comments follow concerns from the Minority in Parliament that Ghana will face a deeper economic crisis, during which government will not be able to service its debt by February 2023, if the country does not apply for debt relief.

“The Ghanaian economy has been driven into a ditch and will require an urgent fiscal measure to pull out from the ditch. We expect the government to seek urgent debt relief from the IMF.

“It is important that the government does that. We will also submit that, failure by the Akufo-Addo-Bawumia government, as recommended, will mean that within 18 months, Ghana would be exposed to a high risk of default on its debt service obligation, which will plunge this country into a deeper economic crisis,” he said.

On the suggestion to seek assistance from the IMF, Professor Eric Osei-Assigbe disagreed, stating that the indicators that require such a move have been relatively stable.

He mentioned that Ghana international reserves, exchange rate, inflation and interest rates have been stable amidst the Covid-19 pandemic.

“Our currency has been relatively stable over the crisis period and we have had inflation going down and interest rates trending downwards. So the indicators that would have forced us to go to the IMF are really moving in a positive direction,” he revealed.

He, however, noted with the exception of the “debt-to-GDP ratio which is rising, compared to the country’s debt servicing.”

DISCLAIMER: The Views, Comments, Opinions, Contributions and Statements made by Readers and Contributors on this platform do not necessarily represent the views or policy of Multimedia Group Limited.
Tags:
Associate Professor of Economics
International Monetary Fund (IMF)
Loans
Minority
Professor Eric Osei-Assigbe