Ghana does not need more than 50 ministers – Wereko-Brobby 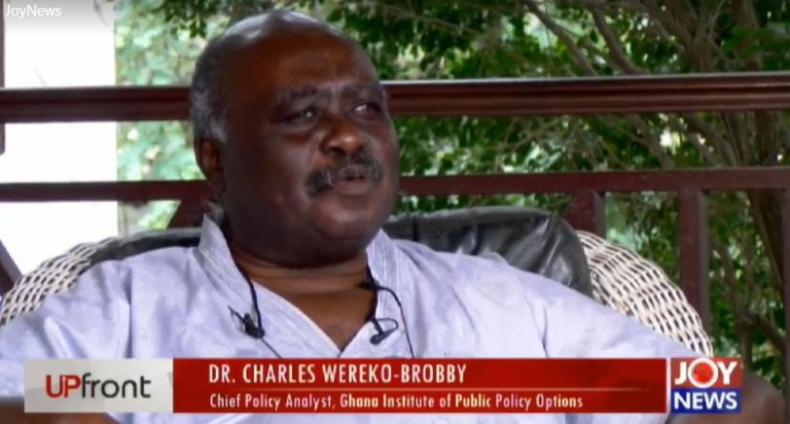 Chief Policy Analyst of the Ghana Institute for Public Policy Options says the number of Ministers appointed under any government in the country should not exceed fifty.

In Dr Charles Wereko-Brobby’s opinion, there’s no justification for the appointment of a large number of Ministers since they are only appointed to ensure that the government’s political directives are followed.

“I’m looking at 50 ministers in all, including deputies I think should do the trick,” he said.

He made the comment during an interview with JoyNews’ Winston Amoah on Upfront, ahead of the vetting of some 46 ministers appointed by President Akufo-Addo.

During the interview, Dr Wereko-Brobby argued that there was no need for so many appointees for Ministerial positions “when a Board exists to give the same political and technical directions to the executives of particular institutions for implementation”.

He also stated that some Ministries including the Ministry of State, Procurement, etc. should be scrapped.

He added that the existence of such Ministries only compound the financial burden of the state since Ministerial appointments come with a huge cost.

“Alluding to that, the Constitution makes it clear. It talks of 19 ministers if the regional minsters are added, that gives you around 35 and some few deputies,” he added.

Going forward, he has suggested that every (Ministerial) appointment made by any government should be justified by the government.

He also called for some Ministries including the Roads and Highways, Transport, Aviation to be merged to reduce the huge numbers.

DISCLAIMER: The Views, Comments, Opinions, Contributions and Statements made by Readers and Contributors on this platform do not necessarily represent the views or policy of Multimedia Group Limited.
Tags:
Charles Wereko-Brobby
Ministerial appointments